For those naive enough to continue chasing David Miscavige’s elusive, imaginary and expensive carrots I’ve got news direct from the mouth of your “Pope.” 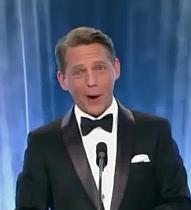 At the 2005 Maiden Voyage aboard the Freewinds Miscavige already released his version of OT IX – Orders of Magnitude (the “name of state” for the postulated level OT IX on the current Grade Chart). Apparently, few noticed and they have been paying through the nose for it since.

It’s great to be back with you– aboard the Freewinds– for what will most definitely be a landmark cruise from which nothing will ever be the same again.

And yes, of that I am certain.

And since you are here, then you most certainly can “feel it.”

That torque of our engine — with a horsepower of millions.

Yes — the power has been building and it’s screaming for take-off.

So, as the first word– let’s honestly confront what we now launch with our OT Summit.

Because, since we gather to celebrate Truth Revealed — that truth is now reverberating across the planet with a Golden Age of Knowledge that will take us to eternity.

Then again — what that truth reveals is “orders of magnitude” — and it’s spelled Ideal Orgs creating effects we’ve only dreamed of.

Miscavige failed to reveal the end phenomena of his version of OT IX. The End Phenomena is bankruptcy, bad health, depression, loss of family and friends, and an unmistakable sense of betrayal.

It doesn’t have to end that way.  All one need do is wake up (a feat attainable at any level of the Scientology grade chart).