In the book The Intention Experiment author Lynne Mctaggart details scientific studies conducted on the effectiveness of various forms of faith healing.  Faith healing encompasses all forms of spiritual assist utilizing intention to aid in the recovery of physically ill people.   The healers use various forms – from the direct laying on of hands, to prayer, to long-distance intention direction practice.

The results determined  by statistics that a certain type of healer had a higher rate of success than another type.  The distinction was that group “A” healed by supplicating to or conjuring a higher level of intention or spirit beyond their own, individual spirit potential – be it God, the Tao, or whatever word various intention practitioners used to describe a higher level, available pool of life force – to channel it into the healing process.  Healers in group “B” asserted they were directing solely their own life force to effectuate healing.   Extensive testing determined that group “A” had a significantly higher success rate than group “B.”

Knowing what you know about Thetans, theta, the 7th Dynamic, the 8th dynamic, spirituality and God – and assuming all other factors were equal, which they seldom are – what are your thoughts concerning the reason for the higher success rate of group “A?”

From The Intention Experiment by Lynne McTaggart:

The Love Study indicates a number of profound suggestions about the nature of intention.  Sending a directed thought seems to generate palpable energy; whenever one of Radin’s senders sent a healing intention, many subtle aspects of the receiver’s body became activated, as though he or she had received a miniscule electric shock.  It seemed to be a kind of activating awareness, as though the receiver body had felt or heard the healing signal.

There had even been an element of anticipation in the receiver; some of the physiological reactions recorded suggested that the receiver had felt the partner’s healing intention before he had even sent it.

People appear to receive healing deep in their bodies by being retuned to the more coherent energy of the healer’s intention.  During healing, it could be that the ‘orderly’ energy of the well person entrains and ‘re-orders’ the sick.

In order to have the most powerful effect, a healer or sender needs to become ‘ordered’ on some subatomic level, mentally and emotionally.  The Love Study demonstrates that certain conditions and mental states make our intention especially powerful and ourselves more ordered, and that these states can be achieved with training.  The success of the basic training program that Radin, Schlitz, and Stone assembled suggests that attention, belief, motivation, and compassion are important for intention to work, but there are probably other conditions that intensify its effects.

I needed, for instance, to find out how we can loosen our psychological boundaries  It was becoming clear to me that when we send intention, in a manner of speaking, we have to ‘become’ the other. 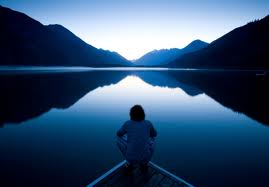