Dave Fagen Has Something To Say

Dave Fagen – My Side of the Story 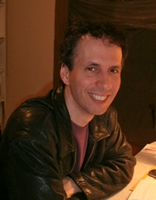 My name is Dave Fagen. I was on staff for 25 years in theChicago org of the Church of Scientology. I fully left the church in March of 2010 and announced my resignation to church officials.

After I left, a few people had asked me to write up a declaration introducing myself as someone who had left the church with an explanation as to why, as many others have done. I didn’t know what I could offer that would be much different than what others have written, such as the abuses in the church and other stories.

Then a moment came where I realized that I had a lot of attention on what my former friends in the church were thinking as to why I had suddenly just up and left after 25 years. I never had a chance to explain it to any of them especially since, to my knowledge, not one of them wanted me to tell them.

As I was going through my life after the C of S, I kept imagining what I would want my former acquaintances in the church to know about what happened when I left over two years ago and how it all went down, and why. It culminated in a moment where I decided that I had a purpose now to offer to them my side of the story.

And I wanted them to know everything that happened and every morsel of my reasoning.

So I decided to write this blog. It took me over a year, very part-time, to write it and polish it up. blog link:  Dave Fagen: My Side of the Story.

Though this story is specifically addressed to the people who knew me when I was in the church, anyone who is interested can read it and it is my hope that anybody who reads it can get something beneficial out of it.

I think that this story could possibly be helpful to anyone who doesn’t like what he or she sees going on in the church these days and may need someone else’s viewpoint. And this story definitely does have a viewpoint.

Or maybe if you know someone who is in the church and can’t make up their mind and is going through the usual cognitive dissonance, well, though this is only one person’s viewpoint, it certainly is a full and detailed one. So maybe you would like to refer him or her to my story.

Or if you are already out of the church, you may just find it interesting to get yet another viewpoint. I know for myself, I can’t get enough viewpoints on this whole thing and haven’t gotten sick of the stories after two years and don’t see that happening anytime soon.

My story as written is very long. I know that may be a turn-off for some. But there was nothing that I wrote in this blog that I felt was any less important to be made known to my former acquaintances and colleagues than anything else so I decided not to shorten it.

Instead I made it into sections with titles, so that in case you don’t want to read the whole thing, you can just pick out parts that interest you and read those.

“My Side of the Story” answers for me the question: “If I could talk to my former friends still in the Church of Scientology about why I left, what would I say exactly?”

124 responses to “Dave Fagen Has Something To Say”