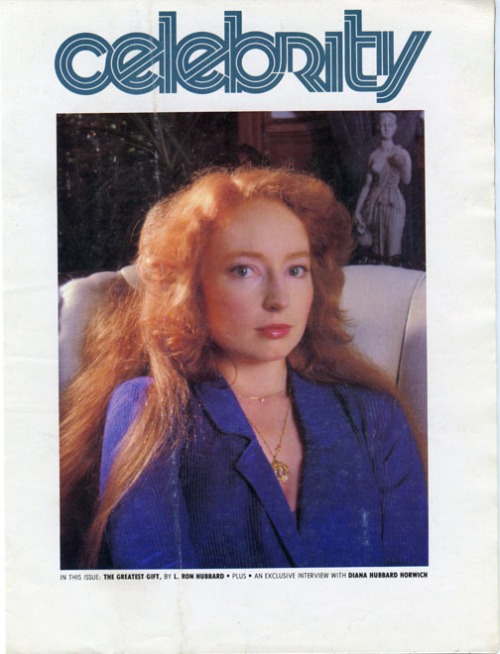 Several people who frequent this blog have asked about Diana Hubbard Horwich’s (L. Ron Hubbard’s daughter) attitude toward Scientology Inc. supreme leader David Miscavige.   The following excepts from a written debrief of the 2003 Maiden Voyage events on the Freewinds gives a real time account that I find to be very accurate in terms of what I observed Diana’s attitude toward Miscavige to be continuously between 1982 and 2004 as I witnessed the two interact.   This report is dated 24 June 2003 and was written by another person many have asked about here, Karen Hollander.

Another thing came up during that afternoon.  Diana had been working with ED CC Paris who then wrote an acceptance speech for the St. Hill size award.  Diana and Gail reviewed it and thought it was good but too long (about 4 minutes). In it, the ED had acknowledged and thanked COB and RTC for removing arbitraries and for the direction Alain received, stating this was why they were finally able to achieve St. Hill size.  Gail had been working on reducing the length of the acceptance speech and making some edits.  She asked Diana if it was OK to have this part in his acceptance speech, and Diana was adamant it should be deleted as she felt “it would create a hidden data line”. COB Asst investigated and questioned Diana on this and Diana admitted she took this out.  Diana had it thoroughly justified. After that Diana remained on C deck and off of the Management night and production of any other events.  This whole incident created further enturbulation during the event evolution.

It was shortly after this (just before dinner time) that the CO GOLD sent IMPR to the bilges due to the Hill 10s (flaps) that were being created by the IMPR office.  So at this point, both Diana and IMPR were off the production of the MV events and remained off the production lines for the rest of the cruise (what they worked on is noted later)…

…At first, they had Diana in to assist them but I later saw Diana and she told me that COB came into the C deck conference room and when he saw her there, he asked the Execs why they were using her.  She told me that she immediately walked out of the room. I was shocked and asked how she could just walk out of a room when COB was discussing her. She stated that she didn’t want to remain because she didn’t want to be “yelled at” and I told her this was BPR and that she should have been there and confronted what he had to say so she could start changing.  She disagreed.  I went and spoke to the Execs and from ED Int’s perspective, COB didn’t want her in the room so it was correct she left.

Later in the afternoon I went to the cabin to retrieve a note pad and saw that IMPR was there resting on her bed. She told me that she had gotten heat exhaustion in the bilges and the engineers were concerned about her and had her lie down. They also notified the MLO to check on her as they were concerned she had heat exhaustion.  IMPR told me that the CO Gold had disapproved her request to come back on the lines so she was going to see the MLO to handle how she felt physically.