A Pair of Worn Shoes

What does this Vincent Van Gogh painting suggest to you, if anything? 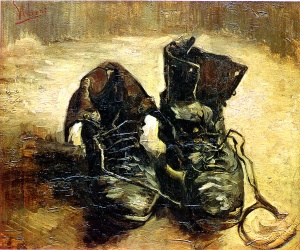 Please read the article A Pair of Worn Shoes by Ken Wilber that Windhorse recently sent to me.   I am interested in your thoughts about this.