An Open Letter to Eddie King

I tried to walk in your shoes on Saturday.

The honor of acting as the father of Christie at her wedding was bestowed upon me.

Christie may have chosen me for this privilege because I remind her so much of you.  She has told me as much on many occasions over the past four years that I have known her.  Just about every time I flip a song, she says with her inimitable smile, ‘my dad and I used to listen to that.’   From Bob Marley to Van Morrison, it seems you and I ride to a similar rhythm. 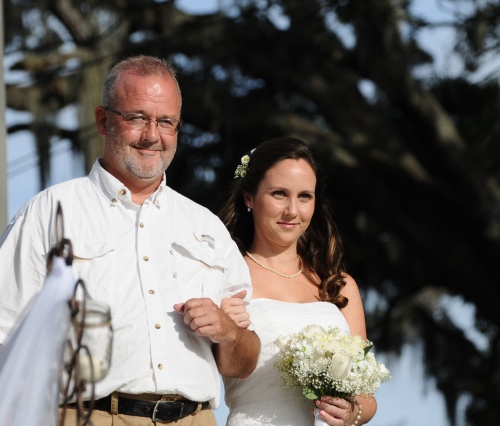 Several times Christie has come to me for life counsel that one would normally reach out to a father for.  And when it is done she often reminisces with a glimmer in her eye that that is exactly how you would have handled it.  Ironically, when such nostalgic moments turn into tears it seems I even console her in a similar way that you used to.

I want to thank you for giving me fulfilling learning and growing opportunities. My only potential child was aborted in compliance with the firm policy of the priesthood of your church that I served most of my adult life in.  But because of your chosen absence I have been graced with the chance to come in touch with a bit of perhaps humankind’s greatest developmental growth experience: parenting.    I have not had to shed the blood, sweat and tears you have in bringing children through birth, childhood, adolescence and into adulthood.   Instead, I have been given the opportunity to temporarily substitute for you for one graduate of yours of that evolution. 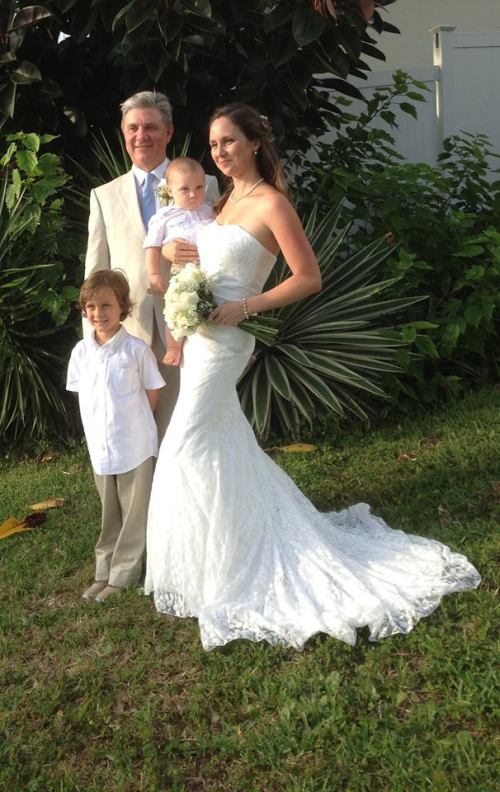 I gave Christie away on Saturday with no doubts or reservations whatsoever.   As noted, apparently I have walked through life with a similar perspective to yours.   Based on the accumulation of whatever wisdom I’ve  been able to retain during that journey, I can assure you there is no finer man to be found than her husband Michael John Rinder.   He is a man of conscience molded in a crucible of adversity that few are adventurous enough to ever experience.  Few have lived a life of such selfless devotion and weathered as many vicissitudes as Mike.  And of those few, I am unaware of any who came out the back end with so much love, hope and tolerance as Mike.  You could not find a better father for your grandchildren.

Your grandchildren are the living proof of what I am trying to convey to you.  At fourteen months of age, Jack is a veritable lighthouse.   I think anyone who has been in his presence will agree.  He lights up every space he enters.  Shane, all of six years old, is as intelligent, mature, and at the same time insouciant, as any child I have known.

And at the center of this family, the sun that nourishes it with life-giving light, of course, is the Queen of the Slipstream – your daughter Christie King Rinder.

Thank you for letting me know and be part of this incredible family.

I want you to know that I still abide by our shared team sports ethos.  I recognize and accept that I am merely a lowly substitute.  I am doing my best to simply not let the comfortable lead you – the star – created slip away while you starters catch your breath.

There is an old proverb that says, your home is where your heart is.  When you find it in your heart to come home I will gladly step aside and be the first (of thousands) to celebrate you.

176 responses to “An Open Letter to Eddie King”