Allender and Miscavige: Peas in a Botox, Roids Pod

Please see this.  It is a an utterly racist, xenophobic, sexist, political statement by David Miscavige and his dysfunctional Scientology Inc. 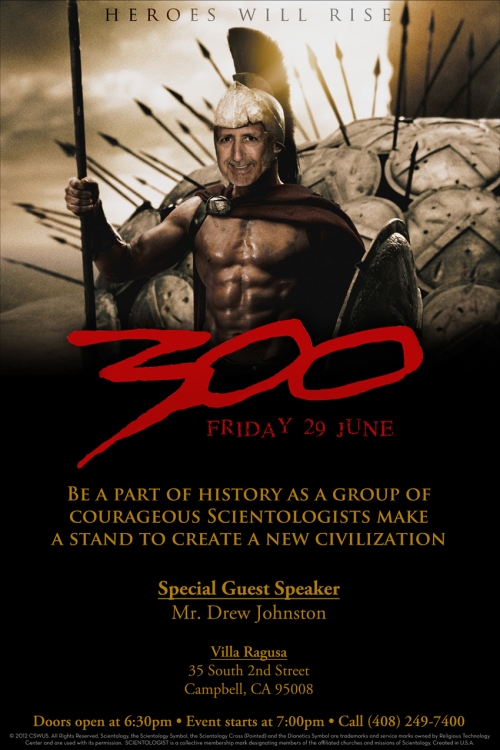 Now, I ask you, is the following a more accurate, rational, sane positioning for this fellow?  I won’t condemn you if you disagree.  Please express your true feeling on this one.  John Allender has perfectly snapped terminals with his demigod David Miscavige. 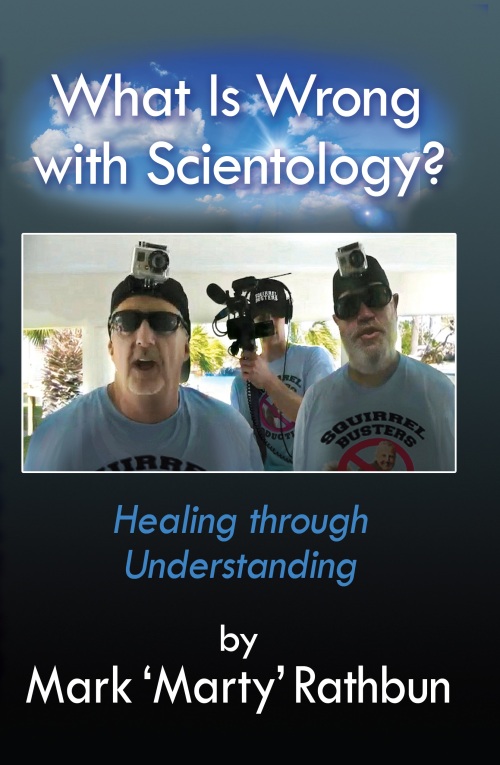 If you lack reality on the latter, go here and read, and I suggest it will make perfect sense:

What Is Wrong With Scientology?

Independents, now and then

Thanks for the responses to my post of 20 March, Council for Spiritual Integrity.   A lot of the initial information shared serves to confirm datums that I have already found to be true and have based my actions over the past three years upon.  Among them:

1. The eighties leaders were different than current leaders in that the former ultimately were bought.  I knew from the outset that David Miscavige was acutely aware of the fact that most everybody had a price.  So much so that his ENTIRE, blanket strategy for dealing with exposure of his crimes can be summed up in two parts: a) Leverage: created by intelligence, black PR, and legal to put the target into a more amenable frame of mind, followed by b) buy off, and that means literally – nobody settles with David Miscavige whom Miscavige does not own to one degree or another.

That is one reason why I have stayed true from the beginning to the vow never to accept money from anyone that carries with it any attempt to influence my direction or behavior.  I have turned down large sums of money that have been offered to get me to go in certain directions; and I will continue to refuse such in the future.  People donate when they see fit – presumably by their following the chronicle of where I am going as memorialized on this blog.  Monique can attest to the trend – and how no matter how lean things become on this end, I have not and will not pander or attempt to please to make a living – to me that is not living; that is the route to dying.

2.  Among today’s crew we have a number of folks with a far higher confront of evil and experiential track on how to deal with it.

While I am studying all this in far more depth and intend to share more of my findings, one  more recently recognized truth can be added.

3.  The pioneers of the past were far more invested in terms of active involvement.  They met,they rallied, they demonstrated, they worked hard (far more than is necessary now with the internet) to collect information and get it published and distributed.  Almost perhaps to a fault.  Many critical ones devoted so much time and effort to the cause that they were forced out of the game entirely by financial necessity.

I have noted a number of times over the past couple years that much of what I do I consider to be “ethics” actions; and that we as a movement are following the Scientology sequence of ethics, tech, admin.   I find it to be necessary in order to assure that tech and admin can go in.  That is why when engaged in ethics activities I continually promote that others not directly involved get real busy with tech and admin; because a) that is the only reason for the sacrifices in the ethics band – to make it possible to get tech in, and b) enough proliferation of tech will be the final ethics nail allowing a move into the admin band.

The past few months have been almost completely consumed with activities falling into the ethics band.  The amount of kicking and screaming from the ethics-challenged beast has been horrifying during this period.

I have likened the struggle with the Corporate Scientology organization to the American civil rights struggle and the South African civil rights movement.  On the latter, I have noted that the most effective measure in ending appartheid was making those who profited from it no longer profit from it. And that was accomplished by making those who supported the profiteers understand they ultimately empowered the slavoracy; and by persistent exposure of that empowerment made those ultimately supporting the slave-masters no longer support them.

I think on this score, we can learn from the pioneers; both of the civil rights movements and of the earlier Independent movement. I think we ought to learn from them a higher level of personal involvement.  I am asking people to step up to make it uncomfortable on those who are perpetuating Miscavige’s character assassination network.  I am not suggesting in the slightest that anyone engage in anything resembling harassment, Corporate Scientology style or otherwise.  I am suggesting that the likes of Joel Phillips, John Allender, Ed Bryan, Joanne Wheaton, Norman Bates (whatever his real last name is), Iz Chait, Dave Lublow, and other known agents of Corporate Scientology’s domestic terrorist network be called to account for their months and years of domestic terrorist work.

Miscavige, being the 1.1 coward that he is, has polluted the internet and American neighborhoods by having OSA volunteers and PIs serve as an “arm’s length” domestic terrorist network.  Please do what you can to help disinfect this sickness with sunshine.

Get hold of Steve and/or Karen with your website building skills, your ability to  investigate and inform those who ought to know about the domestic terror network and its actors.

A wise man once noted that if one knows of out ethics and doesn’t do anything about it, after a while of doing nothing about it he becomes an accomplice.