A most significant advance in the cause of disintegrating DISCONNECTION (Scientology Inc. brand shunning) was announced here late last week. For those who missed it during the flurry of breaking news, you can see it here, Fairmans’ Disarm Scientology Disconnection.

In the wake of that long bomb, Renata and Claudio Lugli advanced the ball further on a Italian national TV program.  (English subtitles included)  They also helped in our ongoing efforts to differentiate corporate Scientology from the subject of Scientology itself and the independent movement.

*term coined by J. Swift, Karmic Vortex.   He posted this on 30 March 2008.  Though he had no way to know it through PMR (physical matter reality) channels, at the time he wrote that Mat Pesch and Amy were just connecting up with Mosey and me – the first Scientology-related connection I had made since leaving corporate Scientology, which led to everything else.

Michael, Sky, and Joy Graysen Fairman have delivered a big, effective legal blow to Miscavige and Scientology Inc on the subject of DISCONNECTION.

Shortly after Michael and Joy declared independence from the church, two Scientologist doctors informed them that they and their daughter Sky were no longer welcome as patients at their medical practices. 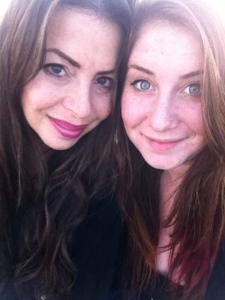 Michael and Joy diligently attempted to obtain a rational, lawful explanation for the sudden terminations.  None was forthcoming from either Dr. Benest or Dr. Thorburn.

Michael and Joy decided to take a strong stand to vindicate their civil rights and assure others were not similarly abused in the future.  They retained a seasoned litigator, Bruce C Gridley of Kane, Ballmer & Berkman in Los Angeles.

They sued Charlene Thorburn, Doctor of Chiropractic, her Thorburn Chiropractic and Wellness Center and Dr. Lisa Benest and her professional corporation in Los Angeles Superior Court for:

The suits were not based on any animosity the Fairman’s held against either doctor, who were considered friends, but on the fact that they appeared to be guided by the church’s policy of ‘disconnection’, which the Fairmans’ find abhorrent.

On March 14th 2012 the Los Angeles Superior Court entered judgment in favor of Michael and Joy and their daughter Sky against Thorburn.

More recently Dr. Benest settled the Fairmans’ case against her with a stipulated judgment and dismissal.

The Thorburn case – complaint, pleadings, and final judgment – can be obtained from the LA Superior Court under case number BC474478 (2011).   Those pleadings and final judgment could be used as precedent by your own counsel should you suffer any of the harms alleged in the Fairmans’ case by the application of DISCONNECTION by members of Scientology Inc.

Michael, Joy and Sky did everyone a great service.

I, for one, am eternally grateful to them for standing up for their rights and the rights of all of us.

Thanks to Michael, Joy and Sky for making things change.