The Phases – the various stages of PTSness

A message to everyone who is under the radar 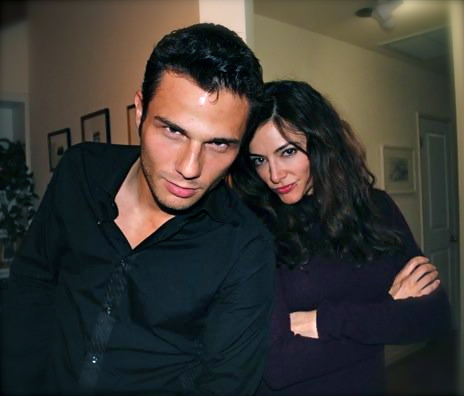 Right about now I am in transit from TEXAS, where I spent an amazing week with Marty and Mosey. My wife just finished OTV and started her steps to audit herself on Solo NOTs. Marty and myself (like many others) have been philosophizing for a while on what needs to be done, our objectives and the general situation with Scientology, LRH, DM, OSA, people half-IN and half-OUT, all legal actions, investigations, and everything that goes with it.

Now, thanks to Marty, Scientology-Cult, L’Inipendologo in Italy, BBC, ABC, SP Times, Anonymous, the various Doubt formulas of OT8s, ex SOs, the stories of each and every one of us…etc, the TRUTH is OUT. It is obvious, undisputable, and its availability to obnosis is of such a degree that even a blind man can see it.

When a person gets to this point he asks himself…”and now? What do I do?”

Questions, computations, postulates, intentions, counter-intentions, games conditions, get out, stay hidden, under the radar, PTSness, SP declared, my parents, my friends, my children, my social life, my clients, my job, my life!!!

The PHASES are multiple. But what is the correct thing to do? How do you judge which action is the right one. Well, I had to go through it myself, and was privileged enough to observe dozens upon dozens of people going through all of these phases. And beside the fact that everyone of these phases can have its righteous reasons, let’s have a look at what the most common phase I’ve observed out there to be:

–       I can’t take it anymore. Too many doubts, too much suppression, too much regging, too expensive, too much out-tech.

–       An email comes in, and I…click! I start to look, I find websites, I can’t believe what I’m looking at!!! But I keep on looking, and I really believe everything now, because it makes all the sense in the world. Through the mountains of “data” I continue reading.

–       I feel a bit missed withholdy, but oddly enough the more I read the more I free myself of masses I didn’t even know I had. The key-out is tremendous.

–       Thanks to all the testimonies, all of my doubts about the subject are completely GONE.

–       Huge blow-downs, I’m pissed now – I’m about to break something – wait, what do I do now? Oh, but I’m not alone, there’s many others, damn, it’s thousands of us!!! Wait, let me think about what would be the best thing to do now. Let’s blog a little bit and get a closer feel for it.

–       Gee…how can I do it? My parents, relatives, and son are in. I’m gonna lose everyone if I say anything. Maybe I’m just gonna try a little natter, here and there, and see if anyone hooks to it. Worse comes to worst, I’ll just get a fat KR, which at this time could be pretty useful as toilet paper, if it wasn’t for the shit already contained in it.

–       But my job is based a lot on Scientologists’ connections, if I come out in the open, I’m in deep shit.

–       Wait, wait, let me keep going like this a little bit longer. Let me comment on various blogs, trying to natter a little more and see who else thinks the same way I do. Holy shit! It’s thousands upon thousands by now…In every continent, the same stories.

–       I stall for a bit. A few weeks pass, and maybe months. I slowly detach myself a little bit more from the scene. I don’t go to the Org for a while, I just hope they don’t come busting my balls for some fucking reg cycles.

–       Wait a minute, this is outrageous! Somebody will do something to change all this. Maybe from the inside, we’ll get a rebellion, or the CIA, or the FBI, the Police or the Government…Mike or Marty…or God, maybe RON comes back (a little too late) and along with Jesus, Buddha and Harry Potter they will defeat DM.

–       Time flies…and nothing changes. But the situation in the Orgs worsens, and people that just left the INT base tell even more atrocious stories. But I’m personally much better now. I’m kinda of an outsider now. I mean, I’m still fucking pissed, I threw away $15,000 last year for the IAS and $5,000 for the Idle Orgs. I was OTIII and it now seems that I wasn’t even Clear. I don’t know a damn thing about my case anymore. But what do you want me to do? I certainly am not gonna make it my life’s mission. I threw away so much time already. Anyway, let me just comment on the blog, maybe I’ll catch an old buddy of mine that came out, so we can have a good ole laugh…and life goes on.

Let me tell you, this is the most common phase I’ve encountered of those “under the radar”. And excuse me if I don’t go much more around this wheel, but this is exactly the product of Reverse-Scientology and the propaganda of fear that has been created during decades of illegal mafia-like tactics.

AND THIS HAS GOT TO END!

If after a lifetime of raising your kids, you’d realize that your son was on heroin, and has been on it for years, what would you do? Would you act like nothing’s happening for a bit? Would you google heroin for a bit, and study its effects and testimony of people that were doing it for months and months, while he is slowly shooting his arms and brain out? Then maybe would you talk to his friends, but a little afraid to be found out? Found out that you have already found out? And maybe one day, because you’re afraid you’d lose your son, he asks you for some money…and you give them to him???

The ones inside, the ones that are auditing on VII with arbitraries that have infiltrated every action of the bridge, who are redoing everything for the second or third time, who are donating to the biggest crime organization on earth – the IAS, or throwing money away for those empty cathedrals with state of the art screens that are playing everyday to no audience, aka, Idle Orgs. These, we won’t call them PTS, these have already swapped terminals and are almost in the valence of the SP.

But YOU…you who knows. You that you know what you know…do you still wanna be PTS to this entire situation?

There are the ones that wake up slowly, on a gradient scale, and those that wake up with a cold shower. Some only wake up, and then, they don’t grow up. Now it’s time to really wake up, grow up and grow a few!

To me, not coming out and not doing something to stop all of this mess, overtly and NOT covertly, equals only:

–       let the Org’s Kool-Aid drinkers know that everything is ok the way it is, and that we shouldn’t complain, leave or change anything, because sooner or later OT24 will be released, and at that time it will have all been worth it (PTS)

–       deciding that we are not powerful enough and we are not numerous enough…so it is better to wait, think it through, wait, not do, withhold, be afraid that they might find you, find out which way you’re standing, hide your emails, change your passwords, don’t be too loud, hide a little bit, and hide a little bit more (PTS)

Everyone of us is in transit, from one point to another. Everyone is different and unique from everyone else…and still different from ourselves in each and every part of our track. The beingnesses that we assume vary, sometimes month by month, or year by year, at times they are static for decades and at times they change daily. The changes that occur are directly proportional to our awareness levels, our knowledge and our willingness to be and do.

The Out-Tech and suppression in the Miscavige corporation is pretty much known to everyone of us by now. But it is way more evident the minute you exteriorize from this entire incident. And the freedom that you obtain the moment you exteriorize completely from the bullshit within this “church”, is a new kind of freedom that deserves definition.

LRH in one of my favorite HCOBs from OTVIII states that:

“All power comes from the ability to occupy a point.”

“The effort to weaken a thetan is to make him relinquish his point in space.

“Covertly or overtly a thetan seeks to assert his position in space. If he cannot do so overtly he does so covertly.

“Implants and traps were done mainly to keep thetans out of an area. The thetan, resenting and resisting mocks up the place anyway and so implants himself.”

What does this have to do with anything that I was talking about? I could ask myself “do I wanna go on like this and Implant my self any further?”

Well I don’t, and I didn’t. I’m out of the Implants, the GPMs and all this confusion, and fellaz, wow, what kind of air you do breath out here.

Stop diminishing your power. Your integrity is the most important thing you do have. So don’t play with these values, don’t wait to have something different in the physical universe, don’t wait till something happens so that you could do what you wanted to do….to then maybe be ”free”. This would be Have-Do and Be, the cycle completely in reverse.

BE: Be free! With integrity and dignity. Without fear of losing anyone, because the only thing you could lose is your own integrity, and that’s it!

DO: This universe surrenders only to a spirit of play. So PLAY!!! There’s sooooo many things that can be done and are being done….just do it and get OUT of the PTSness.

HAVE: Get your freedom and life back!

By the way, this is just my own little 2 cents.

181 responses to “The Phases – the various stages of PTSness”