As Scientology Inc. (the church of Scientology) has so idiotically already spread all over the comments section at Vanity Fair, Nazanin Boniadi is a good friend of mine.   Naz is a courageous woman who was ruthlessly exploited by David Miscavige and Tom Cruise several years ago.   Because of the nature of the bond of trust I share with Naz, there is not much I can share with you about her.  But, since her name and a version of her story are about to go viral, there is something that people ought to know about Naz.   For years, Naz has known that she could make international headlines and perhaps forward her fledgling acting career by blowing the whistle on Tom Cruise and his bff David Miscavige.  But, Naz chose not to do so.  She wanted to be judged only by the merits of her skills and abilities.  Instead, she intelligently decided on more quiet and effective means she could apply to effectuate change in the monstrous institution that so inhumanely attempted to exploit her and others.  Naz quietly and dedicatedly went about establishing a career powered and supported only by the quality of her talent.   She found time also to forward the cause of effectively taming the beast.  On a personal level, in four short years she became a well-employed actor and recognized, effective human rights activist.

David Miscavige and Tom Cruise took measures to prevent Naz from achieving any noteriety – for obvious reasons.  But, Naz was undeterred.  She made it in spite of Tom Cruise and David Miscavige.

Maureen Orth is one of a dying breed of real investigative journalists in America.   Through incredible persistence and remarkable savvy Orth was able to find enough corroboration to tell Naz’s story in Vanity Fair without Naz uttering a word about it. See Vanity Fair’s teaser here.

Should it turn out that Orth’s painstaking effort to piece together the truth through second and third hand sources fall short of the whole truth and nothing but the truth, stay tuned here.  I am likely to the be the first to correct the record.  We will always have Naz’s back.

VF’s brief profile on Naz: Who is Nasanin Boniadi?

The Church of Scientology’s Control Over Narconon Arrowhead

Posted on September 1, 2012 by Mark C. Rathbun | 70 comments
Do you want to know how Narconon was really destroyed?    Here it is from somebody who witnessed it.
The Church of Scientology’s Control Over Narconon Arrowhead
by Luke Catton 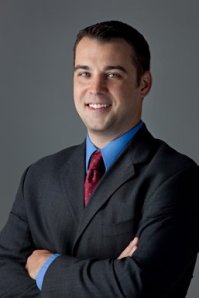 Narconon in Oklahoma was the brainchild of the Church of Scientology from its inception in 1989 at the old Chilocco Indian School.  It was destined to be a PR nightmare from the start because it was a contrived centerpiece designed to showcase to the rest of the world how “superior” they were to “wog” and psych-based programs.
It was a make-wrong from the very beginning and they paid dearly with the legal battles with the Oklahoma Department of Mental Health and Substance Abuse Services.  The temporary cease-fire of the CARF accreditation (Commisson on Accreditation of Rehabilitation Facilities) and the ingenuity of some staff members on the Internet helped Narconon Chilocco really start to grow from the mid 90’s all the way up to about 2005.
I was sent their for underage drinking and generaly adolescent irresponsibility in 1998 and then did a program review in 1999.  There were approximately 50 and 70 students there at those times, respectively.  After training with Bobby Wiggins to give drug prevention lecutres in Boston in the fall of 2000, I officially joined staff at Narconon in Oklahoma in December of 2000.
In late July of 2001 Chilocco transferred to the IAS-funded facility on Lake Eufaula, which is now known as Narconon Arrowhead.  When we moved there were 99 students on the program.  We did everything in our power to legitemize the program in the eyes of media and government officials.  We also tried integrating more with other rehabilitation philosophies to gain acceptance, including when I joined OSASA (the Oklahoma Substance Abuse Services Alliance), and was subsequently elected by them as an executive board member representing all of the members of the group.  I requested to step down from my role as president at Narconon Arrowhead in 2004 after a little over two years holding that post, primarily because there were constant cross orders and purposes of what Arrowhead was supposed to be and do.  There was what was needed and wanted locally, what Narconon International wanted, what ABLE International wanted, and what the Church of Scientology International and RTC wanted.
These cross orders created great confusion and disruption at times. Examples include when we were supposed to host dignitaries from other states and countries, whenever Gold wanted to come shoot new footage for event videos (Miscavige loved to use Arrowhead to get more money for the IAS) and whenever someone tied to a church celebrity came to tour or for services.  For the latter, we would be forced by Celebrity Centre to write daily progress reports to them on anyone connected to high-profile CC public.  This is actually against the confidentiality law that Arrowhead now uses to avoid speaking about the current tragedies there involving the deaths of recent students.  These friends and family members of celebrities were unaware that any information about them was being forwarded to the Church.
Speaking of the IAS events, there was one where a photo of me speaking at an event was doctored with a sign to make it look like I was somewhere else. That also appeared in an Impact magazine with a caption “Narconon Takes the Lead”, regarding our involvement in OSASA.  Whenever the event data requests came in, we always had to find something positive, because if the real stats were down then those wouldn’t be reported. I had even gotten so tired of the data requests that I tried reporting the actual stats, and it confused the lower-level people at Gold who were under the assumption all was wonderful! They of course came back and said we had to find something else to spin into a positive.  In its prime, Arrowhead peaked at 258 students, 220 staff members and nearly half a million in Gross Income one week.  It then plumetted to below 100 students at one point before slowly rising to the level it was at just before NBC’s Rock Center show aired, which was roughly 170 students in my estimation, or still only about 65% of the number it once was.  Now I’d guess it’s below 150.
Regarding the deaths, Gary Smith and the executive council at Arrowhead had plans to put a medical detox center on site to have more medical oversight, and the carrot was dangled that more IAS funding would be provided for that expansion as well as a training center and expanded withdrawal area back in 2003.  Marty recently indicated that it was approved up through him and then denied by Miscavige.  After the money was denied, Arrowhead had secured pre-qualification for a loan to build the new facilities itself, but this was forbidden since the property is actually owned by a separate holding company controlled by the church.  That led to the unusual solution of purchasing an old motel in McAlester around 2006 for a training facility that never really opened and a medical detox center that just gained temporary approval from the state this year and is yet to be determined if it will get a permanent license to operate.
My point is that there is no real separation from the Church and Narconon Arrowhead whenever David Miscavige or one of his cronies decides to bypass or override something on a whim.  I firmly believe that the families currently suing or about to file suit against Narconon Arrowhead should also look at getting money from the Church because of its control.  I guarantee that any public statement currently made by anyone at Arrowhead regarding the situation there, as well as the current emergency PR and legal programs running, must get OSA approval.  That alone shows there is no real separation other than on paper. In order for justice to actually be carried out, there must be accountability and transparency.  If Narconon is going to survive, it must get back to its roots and getting real products – people no longer addicted and doing well in life – rather than focusing on money and PR.  Word of mouth is much more valuable than a photo op with a Christian minister any day.
You can read more from Luke at his blog, The Truth (As I See It).