With Scientology Inc.’s traveling phalanx of lawyers comes a mobile surveillance apparatus.  In the case of New Braunfels Texas a team of several operatives are deployed spreading from the courtroom where Rathbun v. Miscavige is being heard, throughout the courthouse, along the sidewalks to the coffee and sandwich shops team Monique frequents at breakfast and lunch.

Here are two of its operatives (including coordinator Cathy Norman, director of OSA operations for ‘church’ of Scientology of Texas in Austin) keeping close tabs on Monique Rathbun. 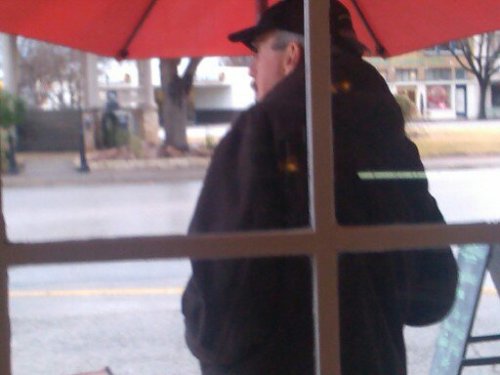 Miscavige keeping his promise ‘you can run, but you cannot hide.’

When Monique politely inquired of the name of one of the spying agents, Moxon aggressively attempted to silence Monique.  With Scientology it seems that the more things change the more they remain the same.

Monique Rathbun vs. David Miscavige by the numbers

Many of those lawyers have made multiple flights to Comal County from New York, Los Angeles, Washington D.C., or driven from Dallas, Austin and San Antonio to attend hearings on behalf of Miscavige and his co-defendants.

For some perspective consider these facts:

I have come to learn through life experience that oftentimes the magnitude of force one musters to intimidate and overwhelm can serve as a fairly accurate measuring stick of the degree of the organizer’s cowardice.

Here is a balanced and accurate piece of journalism on yesterday’s proceedings in Monique Rathbun vs. David Miscavige, et al.:  The San Antonio Express News.

Scientology Armageddon: What Led America’s Most Vengeful Cult to its End Times

In the final chapter of Memoirs of a Scientology Warrior I concluded that chronicling the Scientology years after L. Ron Hubbard passed would largely be pointless. I gave David Miscavige the benefit of the doubt by writing off much of his criminal and sociopathic behavior as being to some degree ingrained by his lifetime programming in Scientology ‘us vs. them’ mentality. While I haven’t changed my view of the causation of his behavior, I have come to recognize that Miscavige’s continuing conduct requires that the entire record be set straight.

We spent the better part of this last year attempting to move on and settle into quietly helping repair the lives of people debilitated by Scientology mental slavery on a one to one basis.  In that regard, I planned on completing two more books for the relatively small community of Scientology refugees; one deconstructing the subject for deeper understanding, and the other a recommended manual on graduating from the cult and moving on up a little higher.  And then I would be done with the subject.

However, the Scientology Inc. response to my magnanimous ways has been an abject demonstration of Scientology’s inability to process forgiveness.  Factually, Miscavige’s conduct since is even more bizarre and fascist than before granting him some space within which to reform his ways.  He quite apparently has decided to turn a simple, civilized request to be left alone into ground zero for Scientology’s Armageddon.

It would appear that there has been continuing regressive ethics change (a dwindling toward extreme depravity of moral level) on the part of Miscavige and his minions.  He continues to spend millions of tax free money to exact vengeance and attain impunity for his criminal ways without the slightest sign of remorse. As a result, a great deal of my time of late has been forced toward reconstructing events explaining Scientology Inc.’s institutionalized abuse of civil rights and abuse of the judicial system.  Doing so led to my recognition that the racketeering ways leading to Scientology Inc.’s depraved condition requires full airing. Accordingly, I have pulled from the pending (indefinitely) basket my in-progress manuscript of the follow-up book to Memoirs.   Its working title is Scientology Armageddon.  It provides an insider history of Scientology’s second, and apparent, last generation. It is now back on the production line scheduled for 2014 completion and publication. Among other topics it will chronicle in detail:

–          How David Miscavige’s psycho-sexual obsession with celebrity and the world’s biggest star dictated the destiny of Scientology’s second generation.  Including the full stories of Tom Cruise, John Travolta, Kirstie Alley, Greta Van Susteren, et al.  That is made possible and necessary by Miscavige changing the rules to ‘no rules’.

–          The complete story of Scientology Inc’s efforts to capture the minds of Michael Jackson, Steven Spielberg, Bono and David Beckham – including meddling so as to engineer match ups and splits between marriage partners.

–          How the world’s most powerful talent/entertainment agency (Creative Artists Agency) was covertly converted into a Scientology censorship vehicle. How it has intimidated and bribed major television networks at the direction of David Miscavige.

–          How Miscavige fraudulently transferred the trademarks and copyrights of Scientology from Hubbard to corporations he secretly and illicitly controlled – and why that makes enforcement of intellectual property rights in Scientology material impossible.

–          How David Miscavige attempted to sell out Scientology to Big Pharma (Pharmaceutical companies) while continuing to bilk adherents of hundreds of millions by positioning himself as the nemesis of Big Pharma.

–          How Miscavige defrauded the United States government, and all American taxpayers, to obtain tax exempt status for Scientology and why subsequent history requires that exemption be rescinded.

–          How Miscavige caused and then attempted to cover up the death of Lisa McPherson at a cost of tens of millions of dollars.

From some recent visitors:

Thank you both so much for having and sharing your beautiful space with me.  The environment here is really perfect for working on spiritual advancement.

This visit has been exactly what I need to sort out ‘confusions’ that lingered – some I didn’t even know were there.

I am looking forward to living with my new awareness.  Thank you. 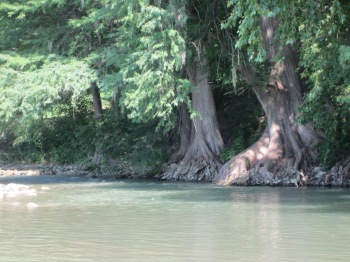 Today is 5 of 7 and I woke up this morning asking myself ‘if this is what auditing was meant to be by Hubbard,  then what-da-f___  was I doing while in the church?  I do not recall having the kind of experience I’m having here at Casablanca.  I came here with the intention of wanting peace and quiet – and time to reflect on all that has happened in my life.  Since I left the cult I have been trying to sort out all the confusion in my head, and it is being sorted out in the sessions you have been doing on me, Marty.

There is something serene about having deer roam about your property and as I watch them from my bedroom window the song ‘long time sun’ by Snatam Kaur comes to mind.  You can find it on Youtube, it’s four minutes long.

This has been a most amazing experience.

I leave with clean water at all levels.  The mud has settled.

Mark, Monique and all the animal friends became part of my life.  I will forever feel this is a second home, a safe refuge, a place of memories and experiences.

The ‘life coaching’ – more than just auditing – was spot on and very validating of native beingness.

A visiting soul on the awareness journey we call life 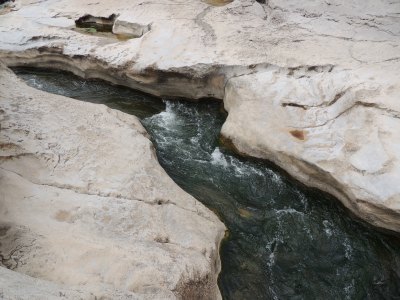 As many folks know by now David Miscavige paid a tremendous amount of money in order to attempt to deprive Monique Rathbun of her constitutional right to the counsel of her choice against Scientology’s scorched earth assault upon her rights to life, liberty and the pursuit of happiness.   The courts in America have consistently found that the Sixth Amendment to the United States Constitution applies to civil litigation, e.g. see this essay.   Sixteen lawyers were dispatched by Scientology to Comal County Texas last week fighting like wounded steers to attack Monique’s only possibility of legal assistance.  They came from Washington D.C., New York City, Los Angeles, and Dallas to join perhaps three of the priciest, most prestigious law firms in San Antonio to attack the integrity of the only three lawyers in Texas with the courage and determination to take on Scientology’s war machine.

This is a fact.  In the eight years we have lived in South Texas, I have come to learn a little something about the chances of retaining counsel.  Some of the toughest litigators in this state have approached Monique and I about the outrage visited upon Monique on David Miscavige’s orders.  To a one, when they did a little homework on Scientology’s scorched earth policies and history of attacking lawyers personally, they politely bowed out with comments such as, ‘life is too short.’

We are overwhelmed by the outpouring of moral support for Monique that we have heard from folk from around the globe.   We firmly believe in the power of wishes, intentions and prayers (see Lynne McTaggart’s The Intention Experiment for scientific evidence that such can be effective).  So, our deepest appreciation to you all for those.

It just occurred to me though that perhaps lost in the fog of war that Scientology is so adept at manufacturing are the men who put their careers at risk to do the right thing on Monique’s behalf.  Miscavige is not only attempting to deprive Monique of representation, in his inimitable style he is attempting to destroy her lawyers by having a court of law brand them as ‘unethical and immoral.’   It is done pursuant to the firm Scientology policy to cause perceived enemies’ ‘professional demise’ or even to ‘ruin them utterly.’

If Scientology were successful in disqualifying her counsel, Monique assures me she is going to manage one way or the other, even if it means self-representation between her 50 hour work weeks, plus 10 hour per week of commuting.

But, Monique is just as concerned about the potential future problems disqualification creates for the members of her legal team.  So, we hope we can direct a measure of your good wishes, intentions and prayers toward the only three lawyers in the state of Texas who are willing to put their careers on the line to right wrongs they just won’t cotton to happening in their great state.