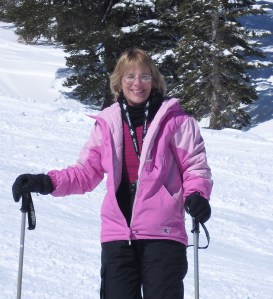 Lisa was a stable terminal for many staff and public in the LA area, in fact, across the entire Western United States.  In that part of the world, if you said Senior HCO the person that came to mind was Lisa.  A 22 year Sea Org Veteran, she was respected, admired and loved for her ability to apply standard tech (especially ethics) to those she was working to help.  And that is perhaps the one word that sums her up – help. For the benefit of the individual.  She left the Sea Org with her husband in 2008. She explains why.  This is an “on the ground” report of how the C of M has perverted Scientology.  If you know Lisa, you will also know that this is utterly devoid of hype or overstatement.

I realize some people are wondering what happened to me and are being given slanted data.  I know some of my friends have been told not to talk to me as I am “not in good standing.”  If you fall into this category and are following that order, I do not hold it against you in the least.  I still consider you my friend, and as a friend, I ask you not to violate your integrity either way.

With that said, I do want to say a few things for myself.  I am not writing here to state that I am perfect, or all my overts were justified.  I am just here to communicate and do believe, as LRH says, that that is the universal solvent.

My husband Mark and I are well.  We live in northern Nevada (Gardnerville to be exact).  It is a very small town and surrounded by mountains, lakes, rivers and all the outdoor activities that go with them.  I work at a local Veterinary Hospital, which is great.  I have gained quite some skills and am helping to improve the lives of animals and their owners.  I have always been very strongly oriented on the 5th dynamic – actually, as strong as I am on the 3rd dynamic.

Over the years, I let certain dynamics go by the wayside, resulting in my dynamics becoming misaligned and out of balance.  And I have handled that.  Those who know me, know I have a very strong help button, so now help is evenly spread across my dynamics and that is best.  I am involved in many activities in this regard.

It is true that Mark and I blew from the Sea Org in July 2008.   At this point, I am not going to get into a lot of specifics as to why, but I felt that I could no longer fulfill my responsibilities as a Sea Org member and maintain my own personal integrity unless I stated what I know.

I remember sitting in an international event in 2008 and watching the “stats” being presented that such and such org (ASHO, Pasadena, Steven’s Creek, etc.) has so many new people coming in every so many minutes.  I looked over at my husband after one statement about ASHOD and saw his eyebrows raise in astonishment and we looked at each other and said, “Wow, that’s not true.”    Come on, the Bodies in the Shop were going down, the Captain and staff were counting other org’s SO members on the BIS, Paid Completions, Paid Starts and other stats as a stat-push and to save their bacon in case their Basics sales were down.   To hear the head of our group utter such blatant falsehoods to staff and public made me feel ashamed and embarrassed to be a Sea Org member.

You see, we had been in those orgs – old building, new building – they were empty and doing poorly.  These are orgs such as the ones I mentioned above, plus Hawaii, Salt Lake City, Portland, Denver, Phoenix, Santa Barbara, Mountain View, Washington DC, Vancouver, Chicago and more.  Some better than others, but none booming.    If you don’t believe me, do what LRH says – go find out for yourself – go into a few orgs and LOOK.  Go at different times.  Go look at their stats.

I know the staff WANT to play the Birthday Game for blood, but how can you win that game when you are being forced off post to reg for the IAS, reg for the “Ideal Orgs”, reg for “Superpower”, reg for extra Basics packages, and for who knows what else.  I mean, you are told you are out-ethics if you say you would rather do your post!  Scientology is supposed to be a game where everybody wins, but with these off-policy orders, it’s near impossible.  And to any staff or public who I pressured from my post to give money for any of these things, when you did not have it and would rather have used it to go up the The Bridge, please accept my apology.  I am deeply sorry.  It was an overt product.

While I am at it, I would also like to apologize to any staff or public who I rotely misapplied policy to, disregarding you as an individual.  I continue to make an effort to personally contact people and take responsibility and boy does that blow charge on both sides!  LRH is right: the EXACT time, place, form and event does as-is things.

LRH never said, maintaining your personal integrity was going to be easy – when you get a few threats, subtle blackmail and you are told one sentence of one policy to prove you are wrong or have to comply, then you can really cave yourself in.  Just know that the BEST part about it is, though, that YOU have to agree, YOU have to toe the line, YOU have to be the one to cave yourself in.  Anyone else being cause over you is a cop out.  You have to agree to be suppressed, right?

As I stated earlier, I want to avoid getting into specifics at this time, but I do want to make a statement in regard to the treatment of some “undesirable” staff.  PAC received many staff not wanted at Flag or Int.  Those who had gotten in trouble at Int were sent to PAC to be posted on low, low posts.   There are many of those who had been in PAC for YEARS and were still not allowed out of lower conditions.  Even though they had enough signatures and had excellently applied their conditions, they had to have one final signature from the “top man” or else they were not allowed to say they were complete.  Sometimes he would not respond to their conditions for months – sometimes longer.  Then even when some of these staff were “out of lower conditions” they were not allowed to move up the org board or take a Tech post as they were “not to be trusted” – how so, if they were out of lower conditions and had been productive on post?    One person was sent to Flag for Supervisor training, but when an inspection was done by the “top man” and he saw that person, he sent him back to PAC – just like that.

This is not to mention those older staff who were sent to PAC so they would not be seen at Flag or Int and cause a “bad impression” or whatever the reason.  One day a dozen or so elderly SO members were suddenly herded onto a plane, without being asked or given time to collect all their belongings and sent to PAC.  Most of them were heartbroken.   Similar actions were done with staff who were seriously ill.  Being part of an organization that treats people who had dedicated their lives to the cause, and who now because of their physical limitations, were being so callously “transferred”, was a source of both anger and grief for me.

There are many other things that were enforced upon public and staff that I did not agree with.  Arbitraries of who you who could or could not communicate to or what you could or could not read.  This was applied particularly heavily on SO members, where communication was screened, some not being able to talk to certain family unless someone else was present, not being able to read anything negative in print, being gotten inside if anyone showed up to the PAC Base to protest – didn’t you all wonder about the protester with the sign  – “Why did Rinder run?”  — I know I did.  Disconnection policy (yes Tommy Davis, the Church DOES enforce it) was enforced.  I know personally about that, through having my communication so controlled that I sounded unnatural when I was trying to handle a family member, which made the situation even worse.

I was Snr I&R, I was Snr HAS – and before that, many posts – Snr Qual Sec, HAS, Qual Sec, etc.  I have been up and down the org board, but was definitely proudest of my time in Snr HCO where I was working with and helping staff and public improve their lives.  NO, I was not perfect and yes, I made mistakes.  I did try to make up for my mistakes.  I can safely say in this area, I did much more good than harm.   I know there are those out there who are thankful for my hand in improving their lives and there are those who trusted that I had their best interest in mind.

That is why I have to say something.  I have been out of the SO for almost 2 years.  I have not said anything until now, but it has been pointed out to me by some friends that that in itself may be an overt.

So, I am here to state that I am no longer a member of the “official” Church organization as I cannot back up the current MEST-oriented and wasteful actions which,     too often, override the individual going up The Bridge.  I am no longer in agreement with the arbitraries in going up The Bridge (how many times do you have to re-do something after you have attested to it?), I am no longer in agreement with being told who I can/cannot talk to, what I can/cannot read and have to PRETEND that someone else knows better and can control my life – and not control as in KRC, but control as in, frankly, a kind of suppression.  Okay, you may say, well, what about LRH policy?  So, to that, I say that LRH himself stressed what is true for you is true for you…including Scientology.    And, well, I have to say, at this point, WHO knows what is actually written by LRH or not?  Myself, I am sorting this out by what does or does not seem like the truth to me.

Well, this is a lot wordier than I intended.  Hopefully, you have made it this far (or at least saved it to read when you had time to do so).   J

I am hoping that all of you will at least give what I say some thought, that you DO look at what BOTH sides of this issue are doing and saying.   Once you have done that, you can make your own decision.

If you decide that this is BS and is not true for you, well fine.  That is your decision.  That does not make you my enemy.  Why should it?  We can still be in comm and be friends and “agree to disagree”…hmmm, think that is also covered somewhere…

I am here if you need someone to sincerely communicate with.  Those of you who know me, know that.

Whatever you do, be true to yourself and your dynamics.