A poem by a recent Release:

One day I will know

I will know who I am

And possibly, one day I will understand life, in all its glory

I believe enlightenment is understanding

Understanding we agreed to everything

I chose life, in all its glory

Today was a glimpse with pure delight

As I rode along the coast, at sunset, with the wind gently caressing my face

I felt like I was a 6 year old girl again, peddling toes with embrace

Full of life, love, vitality and an abundant tomorrow

Not a worry in the world, not a glimmer of sorrow

Words can’t even begin to tell you how grateful I am to you and Monique!

I love and adore you guys!

In addition to that, on the Third Dynamic front, please welcome Kim Loss who shares with us a major stable WIN below. One of the major purposes of this blog from the outset has been to help de-PTS those who are the effect of Scientology Inc.  When one can correctly identify the SP who has been causing havoc in his or her life things magically turn for the better.

AT THE ROOT OF EVERY BAD CONDITION WILL BE FOUND A SUPPRESSIVE PERSON.

PC is ALWAYS a potential trouble source if he roller-coasters and only finding the RIGHT suppressive will clean it up.

Ethics gets case resurgences by fidning the right SPs.

– LRH, 2o Nov 65rb iss I, The Promotional Actions of an Organization

As many have noted in comments here Scientology Inc, at the direction of David Miscavige, has come to dramatize several suppressive charactistics. For one, it publishes lies and generalities by the truckloads.   We, on the other hand specialize in presenting facts with time, place, form and event.  Many have stated that their lives have blossomed after evaluating these facts against their own observations.   They’ve regained their own identities and certainties.

Recently Kim Loss wrote me a note that sums up very nicely what I think a lot of us here have experienced. Please see the text below. If it were only Kim talking, it would have been worth all the effort, particularly since she is a revitalized, trained auditor.  But of course it is better than that because there are dozens upon dozens who have had similar awakenings and are now leading happier and more fullfilling lives. Note that she acknowledges each of you who have helped to make the truth known. 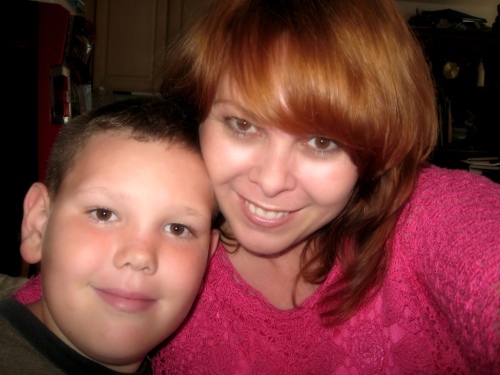 I’ve been wanting to write to you for a few weeks now, but held myself back – partly because I figure you’re inundated with emails, and partly because shortly before I found your blog it was hacked! But I’ve been in comm with the infinitely likable Mr. Koon and Jim Logan (who I suspect is a little crazy, but in all the best ways!) and I’ve had things shifting in my universe at a dizzying pace. In the span of 3 weeks I’ve gone from being hugely pissed off and adamant that I was an ex-Scientologist to adding my name to the Indie list and planning a visit to Jim so that I can get dusted off and ready to go again as a tech terminal.

It’s been an amazing few weeks!

I have a million things I want to ask, a million things I want to say, but I think I’ll stick to the basic reason for this email, which is to say from the bottom of my heart, thank you for giving me my WHO. I nearly lost it, trying to spot the SP on the lines. It seemed to be coming from everywhere, and for a while I honestly thought I was going crazy. Having a husband on OT VII only made that worse – poor guy was a wreck and you know, OTs pack a bit of a punch! I definitely felt the fallout from the gross out-tech on his case. But now that I know how things were/are being run, I finally get it. I wasn’t crazy, there WAS an SP uplines, and now I know WHO!

Thanks for that. Thanks for what you’re doing. Thanks for having the guts to speak out for those who have no voice. I’m filled with admiration for those of you who have done and continue to do the right thing and I want you to know that you have my full support. I want so much to thank everyone, but some email addresses are easier to find than others! So I’ll just keep pouring love and acceptance out into the universe and trust that it finds its way.