Remember the Religious Freedom Crusade in Portland Oregon in May 1985?  When a 39 Million dollar hit for having the temerity to try to help a woman out with a Comm Course got Scientologists’ backs up and they did something about it? Back when Scientology men were men and not mice, and Scientology women weren’t walking down the street dragging their knuckles on the pavement?  After a lot of good folks sacrificed valuable time, energy and resources over several decades, Scientology finally was recognized as a religion and has been provided relative immunity from attacks intended to destroy the right to peaceably practice it.

Well, compare those days to today.  Some may recall that David Miscavige sent down teams of 4 to 6 people at a time to overtly harass my wife and me in our driveway, at restaurants, on the beach, virtually every where we went for 199 days, see His Town by Jason Sheeler.   The publicly stated intent was to prevent me from practicing Scientology. It was doomed from the outset; sheer lunacy to attempt to strip me of a right I fought my entire adult life successfully to exercise, which not so incidentally allowed every Kool Aid drinking Corporate Scientologist the same right.

Well, let us take a look at how David Miscavige is spending that hard fought, religious freedom capital these days.  The letter below, in the name of Norman James Moore III but clearly written by the late William C Drescher III (long time in-house counsel for Corporate Scientology), illustrates just how low the Corporate Scientology machine has come.   Aside from taking on the patented Miscavige characteristic of playing the perpetual victim, take a look at the charges of religious discrimination.  Does it get any sillier or more pathetic than this? 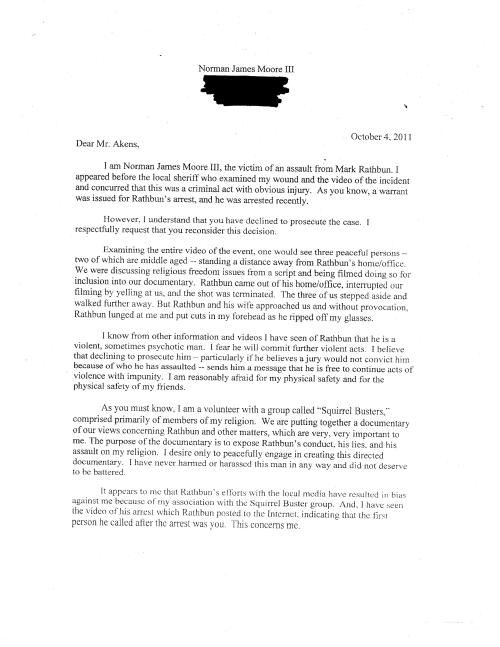 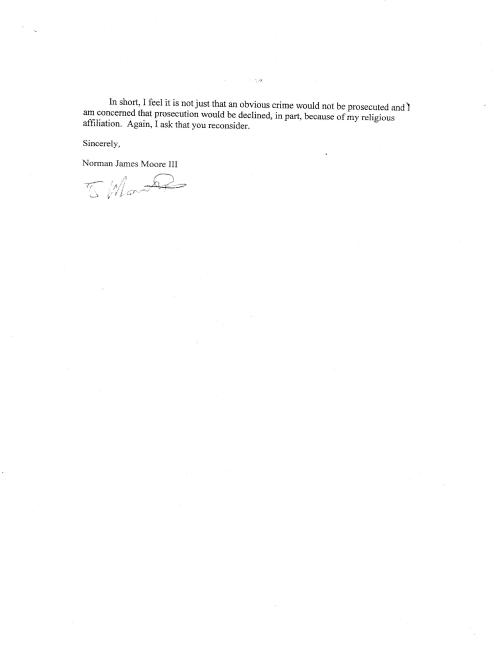