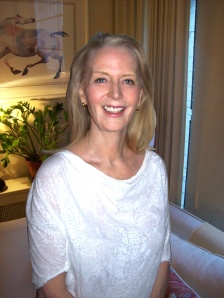 When I was a kid there was a lot of talk of Russia bombing us. One day at my school we were marched into the auditorium to watch a movie about that very threat. It ended with a nuclear explosion going off and the people in the vicinity quickly disintegrating to skeletal form and then nothing. That was pretty scary.

The scariest movie that I saw as a kid though was ”The Invasion of the Body Snatchers”. This was about people in a small town whose bodies are taken over by cold emotionless aliens. The theta in the town was disappearing–no more friendly grocer, the chatty neighbor or the caring teacher. I found that terrifying. They looked the same on the outside, but inside they were somebody else and somebody you didn’t want to meet.

Even at an early age I found the destruction of the spirit more horrible than the body. I understood why when I got into Scientology. Thetans have been on a long dwindling spiral from suppression and implants. It is what is done to the Thetan, not the body that destroys him the most.

I got in on a 4th dynamic ruin. I became an auditor very quickly and have continued to audit since. To free beings and help restore self-determinism is very important to me. Also to reverse this dwindling spiral. For one thing beings in that condition are much more fun to interact with. Robots are not.

Ron knew that data in Scientology could be used in such a way as to do tremendous damage to the being. Unfortunately David Miscavige has proven him right. Here are Ron’s chilling words:

“It (Scientology) is not in itself an arbitrary, Fascistic police force to make sure that we all think right thoughts. It’s a servant of the mind, a servo-mechanism of the mind. It is not a master of the mind. Scientology will decline and become useless to man on the day when it becomes the master of thinking. Don’t think it won’t do that. It has every capability in it of doing that. Contained in the knowable, workable portions before your eyes, there are methods of controlling human beings and thetans which have never before been dreamed of in this universe. Control mechanisms of such awesome and solid proportions, that if the remedies were not so much easier to apply, one would be appalled at the dangerousness to beingness that exists in Scientology.”

The Church has simply become another suppressive force and implant station in a long line of them on the track. How can I possibly be connected to that? It goes against everything I believe in. That is why I am announcing my disconnection from a Church that destroys beings. I want to thank Marty for giving me the forum to do this in. Fortunately, I have what is important–the tech.

142 responses to “Ingrid Smith Creates an Oasis in LA”