An Open Letter To My Friends by Debbie Cook 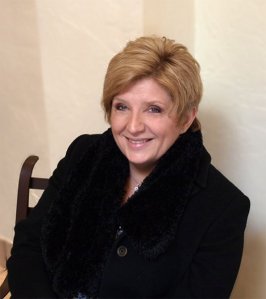 On 31 Dec 2011 I sent an email that I hoped would help Scientologists around the world to involve themselves in the direction of the Scientology Religion and also to remind them that LRH empowered all Scientologists to do all they can to keep things strictly to LRH tech and policy.

I never spoke to the press and asked that it be kept from them. I also made it clearly known to the Office of Special Affairs that I had no plans for any further action and asking that our family, friends and business associates not be pressured to “disconnect” from us.

Further still the Church of Scientology filed suit against me, demanding a legal injunction requiring complete silence on the subject of Scientology and $300,000 in damages.

The first part of that legal action occurred on 9 Feb, where the Church’s legal counsel asked of the Texas courts to legally silence me. They withdrew that filing the very next day after the court heard a very small sample of the physical abuse committed behind the closed doors of the International Scientology Base. But that was thanks to the 100% support of Marty and Mike and a few others very dear friends who were there to help guide us through this. It was especially due to an attorney and his team who came from the very heavens.

I have since done some press interviews, only with the intention of making it clear that these issues of duress and confinement are not based on the scriptures of the Scientology religion or the works of L. Ron Hubbard. They are the doings of an individual or a few individuals. And that Scientology and L. Ron Hubbard are kind and caring and good.

Before me now is the damages case, where DM will demand millions of dollars in damages from me.

But for now, the first battle was won.

And for this, I want to thank from the bottom of my heart each and every one of you who supported me through this time, my true friends. From the well over one thousand people who sent emails and letters of support to the hundreds of people who donated to my legal defense, thank you!

In my moment of need, many stepped forward. People I knew and people I didn’t. Scientologists in “good standing” and those who aren’t. And Scientologists with some real heart-wrenching stories to tell. And not just Scientologists, but people from all faiths and all walks of life who saw that a great injustice was afoot and stepped forward to help prevent it. And together in this first round, we prevailed.

However, this fight is far from over and if truth is to prevail, your positive support and help will make all the difference.

I will do whatever is needed to ensure that the Scientology religion moves forward into the 21st Century in the spirit of love, compassion and kindness.

So that is who I am.

At this time, I have more friends than I had before I made this stand, far more. And we have our integrity. And it feels damn good.

From the bottom of my heart, thank you.

The Times of London