Just when you thought the LRH Birthday couldn’t be more degraded by David Miscavige. 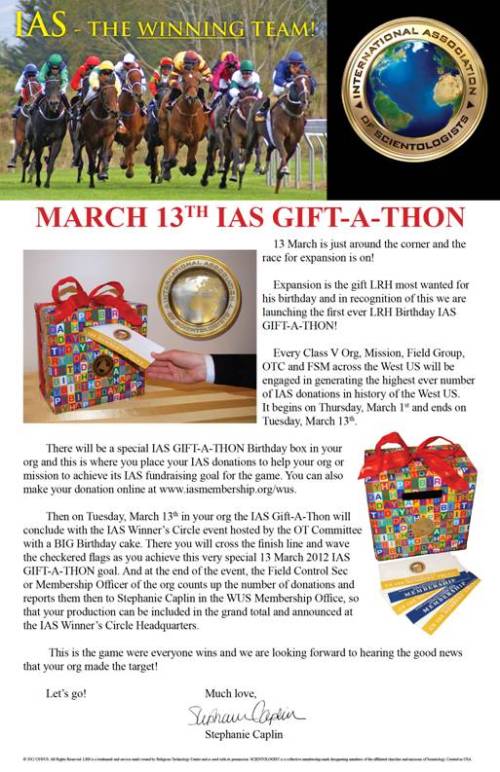 In the event you consider my use of the term con or my linking of David Miscavige as the master of the con are over-reaching, please review the following:

The Hijacking of the International Association of Scientologists