THIS IS MY COMING OUT STORY 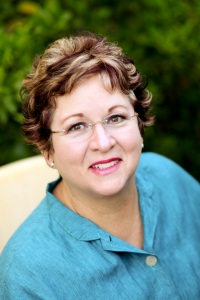 I eventually ended up at the newly formed “CC Phoenix” under Doreen Casey, the ED and the org was a Sea Org org.  Joined the Sea Org and was sent to LA to train as a Flag Rep for Phoenix.  I was kept in LA and became the D/FR ASHO Day (under Val Mazzafari and Ingeborg Steinberg the FR WUS).

Then I was transferred to Sacramento org as FR Sacramento until went to Flag (RONY, Relay Office NY) where Flag management was while CW was being put together.  We were in Queens along with Jill Carlstrom, Alan Buchanan, Diana Hubbard, Roger Barnes, David Light, Grumps (Ron Gablehouse) and Liz Gablehouse, and George Cuthbertson (our famous cook).

I arrived by bus to Clearwater Nov ’75 just in time for Christmas. I was then the FR EU/UK, Org Manager EU/UK, Management Aide (all in the Flag Bureaux). I did lots of missions to EU/UK.

In 1977 I was on OEC/FEBC training Flag with Mike Rinder, Jens Bogvad, Hank Laarhus, Joyce Colt with Chuck Beatty supervising. In 1981 set up WISE, then off  to St. Hill to set up SMI Int.

Back to LA in 1982.  June ’82 my husband Ed Brewer was killed in a car accident in the hills of Glendale, CA.  (Certain amount of mystery around that still. Church management did not tell all on this. )

After Ed died, I went back to SMI Int in LA.  (was gone for the time period when de-dinging got its start in the mission network).  As a result of being gone and not getting “tainted” by the de-dinging, when I returned I was sent to the mission holders conference in San Francisco as the SMI rep.  The story of this infamous conference has been covered a thousand times.  It was a massacre and in my opinion the beginning of the end of Scientology as we knew it.

Back in LA I did an eval to “sort out the Bridge”.  Due to the success of that eval I got pulled to Int as D/ED Int for Establishment.  (Marilyn omitted here that LRH was impressed by her eval on the bridge sort out and it was a wildly effective eval). At the time there were 4 people in Exec Strata, (ED Int-Guillaume Leserve, Jens Urshkov-D/ED Int Production, Peter Specker-Qual Exec Int and myself).  It was my job to man it up and get everyone hatted.  So I began the process.  It took me over a year to get all the posts filled but I did it with lots of missions out around the world.

One of the last posts to be filled was a major post turnover cycle that started at the mission level, progressed to and through a Cl IV org, to AOSHEU and finally arriving at Flag.  This turned into a 6 month job to get Freddie Hunsicker, the last person to fill the last post, properly replaced.  As soon as he arrived ED Int got prompt orders from Vicki Aznaran to turn Freddie over to man up CST. Guillaume landed more bricks on me.  I screamed and yelled it was “off policy”.  His response was “If we didn’t do it, then Vicki would take Jens Urshkov (our only real evaluator at the time).  My heart was broken and I just thought there was no way to enforce policy.

Then along came DM (David Miscavige).  Every week we had to write up a “Weekly Report” for our area to be forwarded to seniors ultimately landing with DM for final summary to LRH.  We as Int Execs never got to see the outgoing summary, but always saw the incoming letter from LRH.  I concluded by the responses coming in that LRH was being lied to by DM.  I concluded that based on the fact that LRH’s response did not fit “the scene” at Int Mgmt.  With only a single viewpoint to operate from, the multiple viewpoint system was lost.  The odds were not too good.  That was all in 1984.

Finally left the Sea Org because David Miscaviage kept coming down to see ED Int and telling him of certain celebrities 2D peccadilloes after he read reports and worksheets of these celebrities.  This was gross.

By the beginning of 1985, I was gone to Canada to see Ed’s family. Now out of the SO  I stayed 2 years then came back to the states, ending up in Portland, OR with a large Scientology field.  I went back to med school, only this time for Chinese Medicine/ Acupuncture.  I just celebrated my 20th year reunion last year since graduating. I have been a practicing acupuncturist/Chinese herbalist and Dr. of Chinese Medicine for that period of time.

When landing in Portland I got back on lines at CC Ptld.  (Too much story to go into)  Mid 90s was ready for some L’s and took off to Flag for L11/12.  I was training as an auditor at Ptld when along came GAT.  I was at the end of the rope.  I slowly drifted away and moved back to Phoenix to be closer to family.

Closer to PT in 2009 I was diagnosed with breast cancer.  I became an Indie (in my mind, unofficially) but due to all the time devoted from me to fight this, I didn’t need any outside distractions.  So now my fight is nearly up and I have nothing to lose and wanted to officialize my Indie status.

Last year I found out that Tom Martiniano (who I hadn’t known before) and Linda McCarthy were in Phoenix.  I was so thrilled to meet up again, especially Linda because we were roomies back in the early days at the FH (Fort Harrison hotel, at Flag in Clearwater).  She has always been a good friend – but now she is a sister to me.  Tom is my fantastic auditor.  I don’t know if you can imagine someone with a heart so big to do all that was necessary on me to get me onto NOTs.  We had planned to do a 3-way round robin on NOTS, but it didn’t work out on my end….but no worries because Hayden James and Lucy have picked up the slack.

I’m telling you all of this now because in the RCS I would never have had the opportunity to receive this auditing.  As usual when you apply standard tech you get amazing results.  I would have awful pain and go into session only to come out with no pain.  After many months with Tom, it really is a miracle:  I have no pain.  My nurses and even my family can’t believe it. And while the cancer is not cured this lifetime, I’m 100% sure that I will never see the likes of breast cancer ever again.  Tom and Linda were there for me on more than one occasion to pull me out of some real rough situations.  Tom and I finished a few weeks ago and I’m spiritually in the best place I’ve ever been.  This current body has a lot of difficulty breathing and so it will be cast away for new shiny model.  I’m looking very forward to it and plan to be heading to Italy and wine country!  If you have any suggestions, let me know.

It’s been such an honor and pleasure to hear the stories of the ex-SO/RCSers; both Indies and non-Indies alike.  Old kindred spirits.  I thank you all in advance for the fabulous support and until the next time… Bon Voyage.