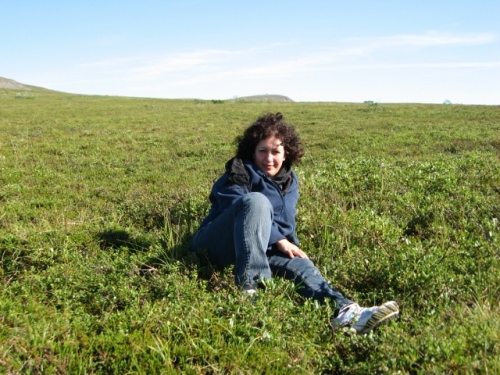 Anat on the tundra

I’ve been following Marty’s site for over a year now.  Thank you dear Marty for having a blog where we can get the latest and be allowed to communicate and share our views freely! I admire and respect so many of you I met on this site!!!  Thanks to you, I have so much more understanding and realizations.  Thanks to you I feel I am not alone!

This is my story:

In 1990 my sister came to visit me from Israel. Within those 2 weeks, my sister, my 7 year old son, and I joined the Sea Org. We were all very new to Scn, especially my sister who knew nothing of it till her visit. My sister shot up to CMO within weeks, and weeks later she left to Israel and didn’t come back as was expected. I left the SO a few months after.

About 2 years later she got declared a suppressive person for blowing. I was not allowed to talk to her.

Four years ago when I moved to CW to go up the Bridge, I was told by Ethics I had to disconnect from my whole family because through them I am somehow connected to my sister and that by itself is considered a suppressive act. I was not allowed to go back to my training till I informed my family that I am disconnecting from them. At first I tried fighting it but later I gave in. I moved up the Bridge, being assured that on OT 7, I would be able to handle anything in life. I was excited and couldn’t wait to get on 7! All the while, my family would always come up as one unresolved BIG upset. Last year, when I realized I was about to complete the level, I had to take an honest look and decided there was no way I was going to attest to a level where I have not reached the product; being cause over life. I’ve committed on my family and myself such a big overt. Here is an incomplete cycle of action that my attention would not come off of! There was only one thing to do and that was to handle; complete the cycle of action so I could truly attest to the level. The toughest thing was having a comm cycle with my husband and my son. Despite knowing the risks, I was still going to stick to my decision. My husband and my son, to my greatest relief, were so very supportive. I’m the luckiest girl to have such an amazing family!!!!!!

Next it was time to get in touch with the rest of my family. Wow! All I can say is that my family not only was so thrilled to hear from me, it was the warmest welcoming, which brings tears to my eyes even now.

This is what my beef is:

When did we start “buying” ourselves out of Ethics? I don’t want my ethics officer, my supe, or the receptionist to reg me!

It used to be fun and exciting times for me to go to the org. It has not been so for a long time.

Therefore we decided to no longer be a part of what is known today as the church of Scientology.

Because we asked the church for re-payment of advance payments and for money taken out from our account at Flag for books packages we did not authorize or receive, my husband’s daughter (she is in the Sea Org) has disconnected from us.  I understand her.  I was at the same place not too long ago.  She is smart!  When she is ready, we’ll be here with open arms!!!!

With lots of Love,
Anat Krier