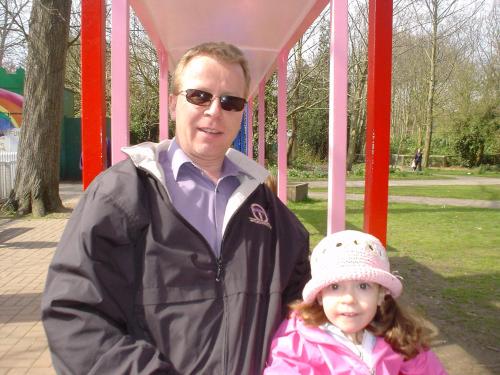 My name is Martin Padfield and this is a declaration of Independence as a scientologist.

I first did some Div 6 actions in London in 1981, and had huge and momentous gains from them, including Self-Analysis done turnabout, and some HAS co-audit. DMSMH was a revelation too and I thought “this is it!”. I joined the Sea Org from ’82 – ’87, and left my mutual consent. My SO career had its ups and downs including a year on the RPF at Int, but largely was a positive, if exhausting, experience. The highlight was probably running up the SHF tech area to levels not seen since since LRH was running the show.

After being off lines for a few years I decided to pay off my freeloader and try and get up the Bridge as public. After getting myself through some lower Bridge it seemed to be a lot of effort and hugely expensive so I thought I  must be doing it wrong. I went to the Ship in 1993 to try and get de-bugged, but it still didn’t seem to happen somehow. In 2001 right after getting married I went to Flag with my new wife and paid for 50 hours case cracking on the advice of my FSM. To my surprise the first session began with the words “I’m not auditing you”. And despite queries and not a little protest the next started the same way, and so on till all the hours were used up. I left Flag deflated and demoralised. I kind of rationalised it as I must have “pulled it in” somehow.

My wife did some lower Bridge and in 2003 I went to the ship again to try and get debugged. Still, it was just a struggle afterwards. I was spending money hand over fist on IAS projects, the Superpower building, new releases, various campaigns and so on, but I was concluding that it just wasn’t going to happen for me for whatever reason. My wife observed that it was uncomfortable going onto study because of the intense pressure to donate money, put in more hours than she could (what with a new baby and all), and that got me wondering where had the fun gone, and why didn’t I disseminate any more? And the only answer I could come up with was that I did not want anybody that I liked to have similar experiences to mine, or my wife’s. If I couldn’t get standard tech, with all my background and all, what chance would new selectees have? Somewhere between zero and none I think.

However being a loyal Scientologist I continued to contribute where I could and started on the Basics. I did a few courses and then ran into DMSMH again. Well, first of all, I got it the first time. Secondly, after 28 years I still wasn’t Clear, and didn’t want to go round the whole circle for another 28 years. I thought again about the 2001 Flag experience and couldn’t get answers from anyone at the Org – though I tried – or my FSM, so I started looking online for answers. Where was the ED Int, where was Heber, who I had a huge affinity for from Portland days; in fact where was the Exec Strata LRH clearly demanded; where was the Universe Corps getting staff up the Bridge…and where were all my donations going? The answers I found were shocking and yet a massive relief at the same time. I knew instinctively that something terrible had happened to my Church, and now I saw it laid out in perfect clarity. There were tears, there was anger, but overwhelmingly there came a sense that I had to do something about it. (After all, something CAN be done about it!)

The final tipping point was the Tampa Bay Truth Rundown videos of Marty, “Jackson” who I also knew from my uplines days, Steve and the others. I know my Tone Scale and I know when some one is lying and when they are not. These testimonies told me all I needed to know; there is a terrible cancer at the very top of the Org Board. There has been suppression of scientology and senior Scientologists in the most sinister way imaginable. Actually beyond imagination – I felt physically sick when I saw how the suppression played itself out on Int staff. The additional data on the scientology-cult site was priceless and I just want to say publicly, Steve and the contributors, you have done an unbelievable job there, because when you get the whole story it just blows charge left, right and centre. You guys are role models for free thinkers everywhere.

I don’t know how this is all going to play out, but this much I know for sure: my fellow Scientologists  here in the UK MUST know the truth. What they do with it is up to them, but they have to get the data first. I went to see a UK OSA terminal and his answer was “read this Freedom magazine”. I’m sorry, but that just doesn’t do it. 80 pages of PR and Tommy Davis saying (paraphrasing) “Yes, there were dozens of violent acts at Int but DM is Snow White and a Peacemaker”. It is insulting, frankly, to be asked to swallow such nauseating lies and propoganda, the sort of stuff you would more usually associate with Stalinist Russia in the darkest days of the cold war. I asked for stats – none were forthcoming. The stated purpose of the Sea Org is to get ethics in on the planet. The bizarre inversion that  has taken place now means top RTC/SO execs need to have their ethics put in from outside!

Everywhere you look in the David Miscavige brand of Scientology there seems to be conflict: the OSA PR machine is in conflict with the independent media and whole sections of the Internet; DM is in constant conflict with top execs, and probably everybody else around him apart from wealthy celebrities; OSA is in conflict with the Independent field; org staff, under pressure, are in conflict with unwilling public demanding ever more “donations”; and now public are being asked to be in conflict with other public – by means of disconnection etc – who have had the temerity to express disquiet at the current scene! (Tempting to think let’s all colloquially sit down over a nice cup of tea…but not before justice is seen to be done)

I recognise that there is every likelihood contents of my ethics or PC folders will be used to nullify and denigrate me now, and I will take that risk. I haven’t always been a shining example of what a Scientologist should be, let me be the first to admit that. But anybody in the UK reading this, don’t forget – DISCONNECTION IS CANCELLED. Tommy said so himself on national TV. So do get in touch if you wish, whatever my “official” status will be from now on. I want to help put things right. Continuing to operate on wrong data is not going to make that possible.

OSA – if you try and bring any pressure on my family or friends or start black-PRing me I will take a VERY dim view of that. Any/all instances of such will be made available for all to see.

Until such time as The Church becomes what LRH intended I am henceforth an Independent Scientologist.

This entry was posted in east grinstead, the future, Uncategorized, wins. Bookmark the permalink.