I REMEMBER by Tiziano Lugli

When staff members were eager to get on their posts and produce the VFPs of their Hats, not to be turned into 24/7 All Hands Regging Particles.

I remember when CC Int used to be fun. When there were not cliques of celebs and big donors, not A-B-C-D lister. Where you would have a friendly environment where people where actual friends.

Chick mixing it up with Tiziano

When Tom Davis was an upstat, uptone, funny and energetic guy, when he used to hang out with us, and even go to the movies…

Tommy with Tiziano back in the day

…with all the new upcoming talents, small and big celebs alike, and I remember when Kirstie used to be skinny too, back when we were friends.

Tiziano with Kirsti back in the day

I remember when you knew that when you’d get off your o/ws in session on FPRD they wouldn’t use them against you in case you leave in the future.

I remember when going to the Freewinds and Flag was a peaceful, relaxing and pure theta experience.

I remember when the Fort Harrison was NOT a 5 star Hotel with an alleged 5 star service, but was FULL all of the time, instead of empty as it is now.

Tiziano with mom Renata and dad Claudio at Flag

I remember when you could talk freely about the tech with friends, questions you had, share your wins and rely on your friends for advice without getting into “ethics trouble”.

I remember when it was all about OT phenomena and Theta wins and not just mere lousy MEST and money wins.

I remember waking up and wanting nothing else but to go on course, having the excitement to KNOW the next part on the checksheet, where pure understanding and application was the only goal of our Supervisors, not just a machine to shove you through a course in record time to show how DM’s new line up is 10 times faster.

I remember when Scientology would actually raise your IQ and make you more able at challenging knowledge.  When it made Lions out of people, not scared and wounded sheep.

I remember when you used to finish a drill and be really happy about it knowing that you REALLY got it, instead of already feeling invalidated because you would have to re-do it 5 more times by the Golden Age of Tech new checksheet.

I would dare ANYONE even only after a week of passing the test, to tell me 20 Tone Levels and their respective arbitrary number that goes with it, or how about the thirteenth law of L&N, or how about ALL of the manifestations in order of the Misunderstood Word. I remember when full conceptual understanding was senior to verbatim patterns.

I remember when you could take some new friend who had newly found admiration for you and was interested in your wins, and you would tell them, “yeah, it’s Scientology” and they were able to come into the org, and meet upstat and uptone people, get greeted as Beings, not as Div Six particles. They were able to walk in and out freely, without the Div 6 Regs overwhelming them and making them into nothing, so that they could at least sell them something, and have a fake statistic to report to their seniors.

I remember when Sea Org Members were there for the products they’d create, they were friendly…and when the stats were not the goal, they were simply a by-product of their good work. 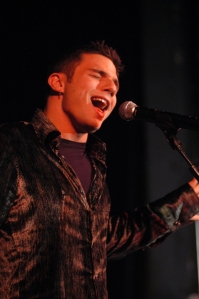 When an SO member was not just another obstacle you try to pass at an event or at session/course break trying to reg you in every which way they could – buy this, the new books, the new lectures, come to the seminar where we’re gonna sell you something, there’s an IAS special briefing JUST for you, we gotta get you active on Human Rights, Criminon, Narconon, you gotta take a post in a mission – and when everything was said and done (and you were still broke) – do you qualify for the Sea Org?  I need you to come see a special slide show…

The Church of Scientology we once knew is DEAD.

What was once lost can be found again, and what was once great can be greater… and we surely do come back.

At the top there is the biggest traitor of the freedom it proclaims it instills and with nearly a billion dollars in the bank, the torch of the IAS is now and forever dead.

In this church of conformity the pretence of “we disagree” remains just a lousy sales pitch to make the few rebels for freedom enslave themselves to the degree that they NEVER agreed.

Never ‘play’ with your own integrity in the hope of some future freedom…it just never works out that way.
Be TRUE to yourself, in EVERY step of the way…whichever way that is.

You can’t scream to calm somebody down. You can’t fight a war for peace. You can’t hate to preserve love and you cannot enslave the people if you’re trying to free beings.
I was never a slave.

Tiziano and his wife Jamie Sorrentini are two charming, theta people. They are also intelligent and creative.  Since both of them received a heavy dose of Reverse Scientology in the C of M, they began to look for answers.  In retaliation for merely visiting with me they were subjected to an intensive and vicious campaign to cut all of their communication lines.  Being the resilient, insouciant beings they are, they are persevering quite beautifully. Stay tuned to Rediscoveringscientology.com for their full story which will be posted later today, it is a barn burner. I’ll post the link here when it is up.