I’ve never met Glenn Samuels. However, I learned a little something about him in 2001.  At that time I visited world renowned recording artist and producer Stanley Clarke at his home. My assignment was to recover him to the Church so that Chick Corea could participate in a reunion of Return to Forever. Stanley was very gracious and sincere. He told me he was impressed with all my arguments, but that one fact made him hesitant to return. That fact was that his friend Glenn Samuels had been declared for no apparent legitimate reason in the early eighties and he was unwilling to disconnect from a true friend.  RTF ultimately did reunite for a tour last year. How they dealt with the matter of Stanley and how he dealt with his friendship with Glenn I do not know. I do know that Stanley seemed awfully sincere in 2001 and I was impressed with how impressed he was with his friend.  So, I was intrigued when Glenn contacted me with his declaration.  Please read it thoroughly. He imparts some perspective I think is valuable to all of us. 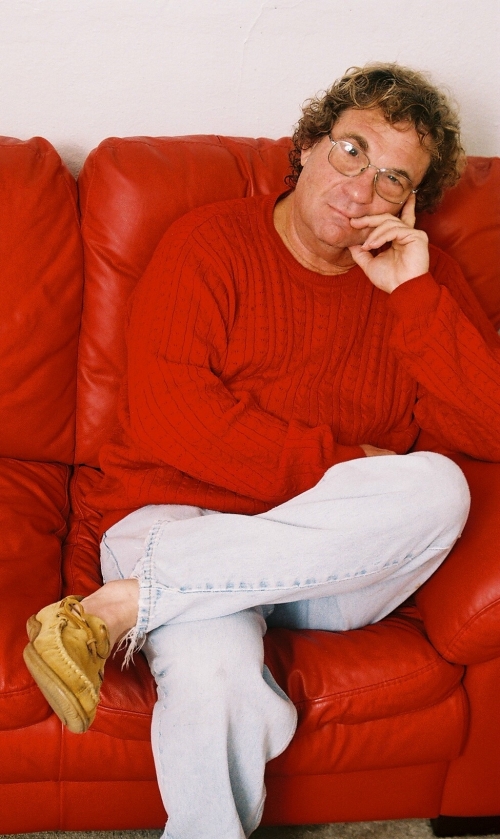 I would like to commend you and the other independents on what you are doing. It takes courage to leave the Church of Scientology and take an independent stand against a vengeful and unrelenting force. I’m happy to see that there is a new independent movement.

I left the Church of Scientology in May, 1982 after being held under guard. Two former COs of the CMO were also under guard at the same time, we would wink at each other as we passed in the hallway. I got my car keys from the not so bright guard and took off.

I left behind all my belongings, my wife, my sister, all my friends, my group and my dream of a safe and sane planet. Most of you who are reading this know what I am talking about. It is a rough and courageous thing to do and I admire you for doing it.

In the early 80s it was important to Miscavige and the Broekers to get rid of anyone who had his own voice in Scientology. The people who built Scn. up from tiny orgs run in some major cities in old homes in bad neighborhoods and ugly industrial buildings to having admirable structures in all the major cities in the world were selectively and systematically expelled. Top International Scientology Execs and Senior Messengers were kicked out or sent to “Happy Valley” where most of them were made to run around a tree for months, do menial work, and then got declared. On the tech side almost everyone who trained directly under LRH was targeted as well. They also got rid of a lot of popular Mission holders and took their missions away from them. It was important to the three in-charge to have no voice within the organization more popular, senior or convincing than their own. Also it was important for no one to have more power or knowledge in any area, such as the tech. When R was alive he protected the tech hierarchy and their sovereignty. After the removal of the top tech people and the removal of the top execs who knew not to mess with the tech the remaining tech personnel were easy to manipulate.

R’s order was for Scientology to become a juggernaut, something that would run on its own after his death. The way that order was implemented was callously brutal with human rights violations. I left because of the human rights violations. I was on a CMO Mission that ordered people thrown out on the street in Clearwater. These people were my friends, good, sincere and hard working Sea Org members, not deserving of any of that nor being labeled “Suppressive Person.” It is a subject of debate because of the stranglehold that Miscavige and the Broekers had over the communications in and out to R what he knew or didn’t know at that time. But I know for a fact that LRH loved some of these people that were rounded up and cast aside. One was my ex-wife, Maureen. He was crazy about her; he photographed her, loved being around her on the ship during the dance troupe days and trained here to run Flag Bureaus on the ship. He told her that there was no way to take a bad picture of her… She was crushed by seeing a message supposedly from him that said she was an SP. It is hard to believe that R could call someone he loved so much as SP. It didn’t make any sense. It wasn’t just her; he was also very fond of Mayo. He trusted him. Mayo was the Sr. CS at Flag when he was sent to Int. when LRH was near death around 1978. It was through Mayo’s care and precise auditing that R recovered. That auditing led to the release of NOTs. It would be hard for me to believe that anyone could be so callous as to throw out and denounce someone who helped save their life. Nevertheless it did happen to Mayo and others that were R’s beloved friends. Miscavige wrestled control of Scientology from the Broekers and you have what is going on now.

For the most part when LRH or one of the top execs would go off on someone sooner or later justice would be restored. Now there is no sense and sighting of justice. When a leader of a religion is unbalanced and receives lawsuits or a court summons, they tend to blame and purge anyone near them. This is what is happening now; people like Rinder, Marty and Amy Scobee are current examples of that In the past there was always recourse for those who wanted it, now there is none. The whimsy and commonness with which someone is called an SP these days is staggering. An SP is a very specific type person, they are not very common. Most of the top execs and auditors were Clear. By definition can a Clear be an SP? It is an important question to consider to anyone in or out of Scientology.

Some of my friends who recently left the church told me that the meter has become more important than the person sitting in front of the auditor. They told me that auditors and examiners stare at the meter looking for a floating needle, over run processes for weeks and wrap people up in blankets with heaters for the sake of the tone arm. The whole operation has gone sour due to the administrative leadership. It tells me that the auditing is not centered and focused on the person, but now exists for ulterior motives and sundry purposes.

When someone would come to the Apollo for auditing the intent was to “crack” their case and send them back to their org or to just get on with life. LRH called us the Case Cracking Unit. That same intent was carried over to the initial days in Daytona and Clearwater when we landed. We were hand picked and trained by LRH to do expert interviews, CSing and auditing so that when a person came for auditing it was done in a matter of an intensive or two. They would have their case cracked. If they chose to stay and get an L or do an advanced level in Clearwater that was their choice, but not the main intention. It was all about precision, economy of time and superlative results. There was no plan to keep them at Flag with endless unnecessary rundowns or intensives of sec checking to be sure, nor did OT 7 cans cost $380.00!

There was a lot of excitement when we did the first NOTs course and opened up the first NOTs HGC in Clearwater. I CSd in the first NOTs HGC. At that time Clearwater was a fun place to be and those getting auditing became friends for life. I have been told it is no longer that way. It is a sad state of affairs. I am happy that people like Marty and other independents are around to give those who want auditing in a safer “client-centered” environment the chance to get it.

In the 80s there was an independent movement which eventually failed due to harassment, endless litigation, and multi-million dollar pay offs from the church. However, Sarge Gerbode did stand up to the church successfully, but it cost him a lot of money. He developed what he calls TIR, traumatic incident reduction. He went toe to toe with Miscavige and won the right to deliver parts of the tech in the name of his new organization. He has done good work and has associations around the world, some funded by counties to help the abused. It is good to see that. And also I am glad that there is a new desire for people to get auditing where it is all about the help and not about anything else. I have audited off and on since the 80s but have decided to focus on counseling once again. I have expertise in “cracking cases” and it was and is my main purpose in life–to help people.

If anyone wishes to contact me and discuss getting sessions I can be reached at:

glennsamuels@gmail.com. I’m currently in the San Diego, Ca. area, but will travel.

67 responses to “A new Old School declaration of independence”