Now that you’ve seen the Ideal OTA, Ideal OT VIII, and one hell of a lot about the Ideal orgs of David Miscavige, let’s take a look at his Ideal Student.   A year, almost to the day, after having come to Corpus Christi with 19 other Corporate Scientologists –  including Tommy Davis, Michael Roberts and the Duffs (Denise and Michael), Jan Eastgate, Chris Smith, et al – aboard Tom Cruise’s private jet on a mission to “intimidate” me so as to kidnap JB, Michael Doven has been rewarded for his failed mission.  Miscavige is now touting Micheal Doven as a celebrity of sorts: the first Golden Age of Knowledge Completion. 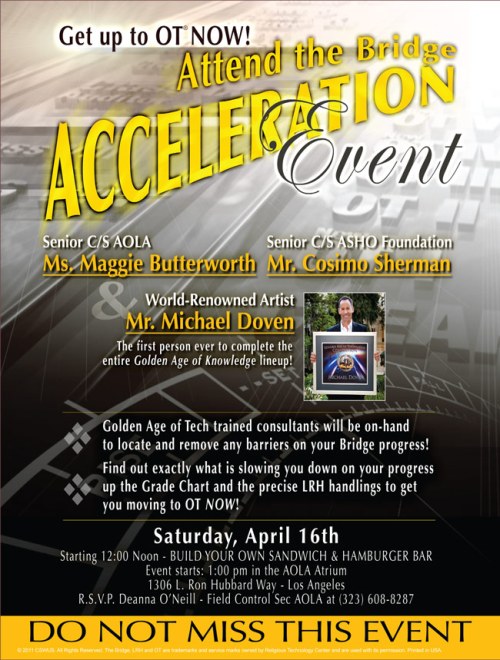 Get it people, four years after the release of the largest single cross order to Scientology Training in the history of Scientology, ONE person has completed Miscavige’s line-up to hell.   Is Michael auditing anyone?  No.  Is Michael even an auditor?  No.   Is he enrolled to become one?  No.   A year after having the opportunity to have his head screwed on straight by me personally, Doven has been taken OFF the Bridge.  Here is the exclusive interview I had with Michael last April where you can witness Miscavige’s ideal student acting like Miscavige’s Ideal OTA Allender:

Here’s the post giving the context and what lead up to that interview:

There is a reason Doven was awarded full time study by Dave (and called an “internationally recognized artist”) after his failed mission.  The clue is in the interview link – and Doven’s waffly, doubt-ridden, comm lags.  If he ever jumped ship – having served as Dave’s live-in spy to Tom for the ten years he was out of Scientology –  Dave and Tom couldn’t handle the fall out.  Having nothing but cowed, ill associates has its advantages. 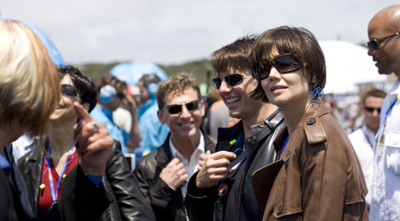 I am going to start by repeating an excerpt from an essay I posted on November 2, 2010:

Miscavige used such an abuse as part of his own push toward power in the early eighties.  A couple of Mission Holders, most notably one Kingsley Wimbush, used Responsibilities of Leaders as an integral part of a process called “De-dinging.”   Wimbush would gather staff and public at the end of the evening in the course room of his mission. He would have them read The Responsibilities of Leaders.  He would then insist that properly interpretted the policy required all of those who depended upon his “power” (all staff and public) to flow “power” to Wimbush.   He told them that the power flow he desired was money, and he’d pressure the staff and public to fill his hat with bills, the larger the denominations the better.

With this information Miscavige grotesquely violated this provision of The Responsibilities of Leaders: So to live at all in the shadow or employ of a power, you must yourself gather and USE enough power to hold your own – without just nattering to the power to “kill Pete”, in straightforward or more suppressive veiled ways to him, as these wreck the power that supports yours.

Miscavige did so by writing the most exaggerated, alarming and vicious reports about Mission Holders.  In fact, he used the Wimbush abuse of The Responsibilities of Leaders to unjustly paint dozens of Mission Holders with the same color.  His reports were so “Kill Pete” in nature that he led LRH to believe the Mission Holders were in fact government operatives out to kill LRH.

Ironically, or perhaps predictably, once Miscavige rose to power through such shifts, he eschewed virtually all LRH policy, but for one: The Reponsibilities of Leaders.  Apparently, Miscavige recognized how one (Wimbush for example) could get people to do the most irrational and off policy things by fixating their attention on this one policy.

Now, here is what David Miscavige had to say about Wimbush and his de-dinging “tech” during this terrordome “briefing” to Mission Holders on 17 October, 1982 – while full-stride, headlong into his push for power:

“Earlier this evening both Kingsley Wimbush and Dean Stokes were here. They have both now been declared and we are pursuing criminal charges against them. They have been delivering their own squirrel tech while calling it Scientology. Kingsley Wimbush’s ‘dinging process’ is complete squirrel. You won’t find it in any tech, yet he has been calling it Scientology. That’s a violation of trademark laws and he now faces some serious charges for this crime. This sort of activity is NOT going to go on any more.”  – David Miscavige 17 October, 1982

Now, do you remember this bozo from last Monday on this blog, the Village Voice, The London Daily Mail, and Gawker?: 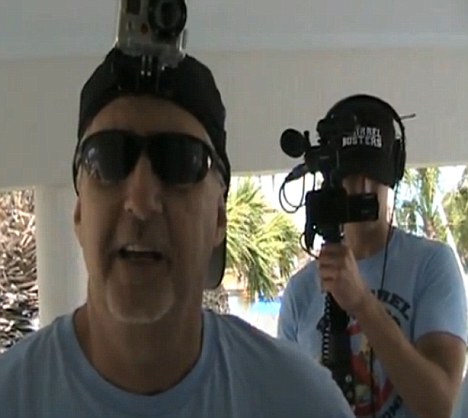 OT “VIII”, OT Ambassador John Allender.   A man so bereft of intelligence he travelled across state lines 1,500 miles in order to continue to stalk and threaten Lori Hodgson at my home in Texas, the same woman he was already under investigation by the San Jose Police Department for stalking and threatening.

What might motivate such a bonehead move?  Perhaps a Simon Bolivar wanna be with a Napoleon complex?

In 1982 when Kingsley Wimbush and his brother Bernie and their pal Clay Primrose were literally holding public Scientologists prisoner in the Course Room at Stevens Creek Mission, the public were so terrified very few raised a peep in protest.

But, there were a few exceptions.  One was  a young woman named Lori Hodgson.  Lori wrote up to management that the D of T (Director of Training) at Steven’s Creek was literally imprisoning public and passing around a hat at the end of each course period collecting cash for the executives of the org.

You got it.  John Allender.

You’ve heard of the Ideal Org.