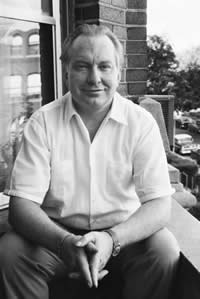 Some food for thought from LRH:

“Now, the next one is: ‘Does Scientology have any religious conviction?’ Well, again we have the matter of a body of data having an opinion and it doesn’t have an opinion. I know a lot of witch doctors who  make more sense than a lot of priests, and I know a lot of priests that make a lot more sense than a lot of preachers, and I’ve seen the history records and found out that the Roman Empire didn’t kill many Christians. As a matter of fact, in one year, Christians killed more Christians in the city of Alexandria than the Roman Empire executed during all of the existence of the Roman Empire. Yes, one hundred thousand Christians were killed in one year by Christians in Alexandria. Well, that’s because of a conviction without wisdom. Because there must have been some kind of a conviction running counter to some kind of a conviction. And as far as having an opinion of this sort of thing is concerned, you can look on it on the basis of – this demonstrates there must have been real bad ARC around there someplace. But beyond that and the fact that it might be slightly amusing to you as a datum actually means nothing to the body of data.

“So a Scientologist’s political and religious convictions would be those that he held to be true and that he had been trained in. I mean, so he’s trained to be democratic in his viewpoint and he’s trained to be a Protestant. Why, he’s certainly democratic in his viewpoint and a Protestant, unless he sees fit to alter his convictions to some degree or another because a greater wisdom seems to have penetrated those very convictions. But what would he do in that case?  He’d probably simply modify or better his convictions.

“Now, one of the oldest things that was ever given into the training of wise men, that I know of, was simply this: The basic faith in which the individual was trained and the basic political allegiance of the individual must not be tampered with by the order training him. And it was the order itself which laid that down.

“If the individual cared to alter these things himself, nobody was going to tell him to or tell him not to. Nobody was even going to vaguely persuade him to. It might be that in the course of his study that he found certain things that men did laughable or confusing or he found certain things that men did remediable, but nobody was standing around trying to lead him in to a higher religious or political conviction.

“And that is the case very much with Scientology – very, very much the case.”